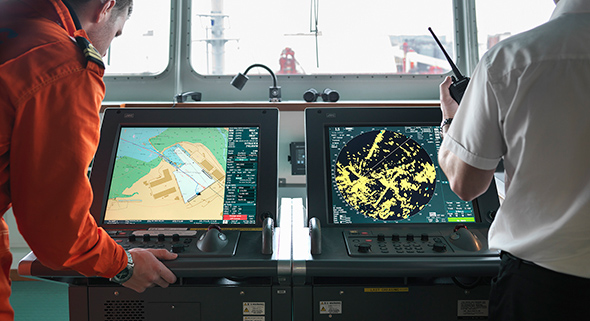 Image hereabove is being used for illustration purposes only / Credit: UKHO

The previous article in our “Bridge Procedures” series focused on the necessary steps during the ECDIS setup. Since ECDIS is a complex system, at this point, it is critical to clarify what should be done in the case of a failure.

It’s a fact, that ECDIS is becoming necessary and more vessels are relying wholly on it, bringing up concerns regarding OOW’s actions in the case of a failure on ECDIS system. The kind and number of failures vary from a single unit failure that may require the system’s reboot to a double failure on both primary and secondary ECDIS. Equipment may fail during vessel’s voyage in the open ocean and also while vessel is navigating in narrow channels under pilotage.

The number of ECDIS failures has been increased with the use of USB flash drives and cables, connected to the system. Three failures in 2010, were caused from viruses on USB flash drives, resulting in disfunctions of the system, such as error messages and false alarms and very slow speed. In 2016, a seafarer plugged his smart phone into the ECDIS to charge it and as the phone began to update itself it wiped the entire chart folio.

Actions to be taken in the case of an ECDIS Failure:

SQE Marine has prepared a checklist aiming to provide the necessary steps required, in case of ECDIS failure.