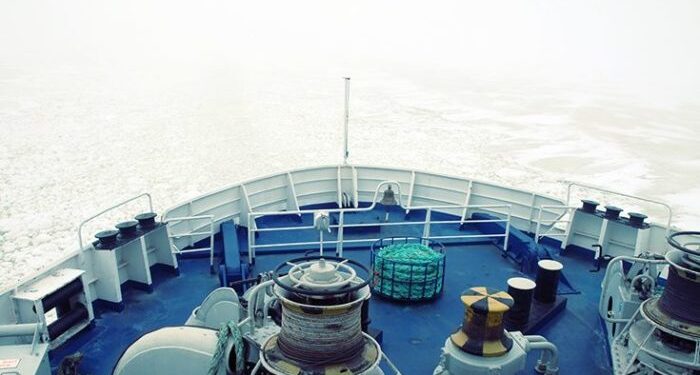 Ship navigation under circumstances of restricted visibility, is one of the most challenging tasks when accomplishing a safe voyage at sea.  The visibility is mentioned as restricted in cases that have been observed fog, heavy rain or dust storm, all very dangerous conditions to navigate.  Ship navigation in restricted visibility doubles the likelihood of a collision or grounding. Such situations call for the use of special equipment and require some actions to be taken by the time the ship’s officer gets information of relevant weather conditions.

In restricted visibility conditions caused by fog, off southeast coast of Miura Peninsula, Kanagawa Prefecture, a Japanese registered tug, with 5 crew (Japanese) and a Filipino registered general cargo vessel, with 25 crew (Filipino) neared each other, culminating in a collision between the two vessels, 5.4 miles from Tsurugi Saki Lighthouse on April 13, 2006, with the bow of the tug smashing into the port forward part of the general cargo vessel, leading aft on the latter. As a result of the collision, the tug sustained a crushed bow and the other vessel suffered a hole in the shell plating in the port forward section and sank, as water entered through the hole.

Except from these actions, such situations demand the compliance with some of the COLREG-International Regulations for Preventing Collisions at Sea, specifically:

Last but not least, there should be a contingency plan which ensures that the ship will be ready to reduce speed, stop and turn away from danger or if it is possible to anchor, in case of emergency during ship navigation.

A useful checklist aiming to provide information in order to be sure that such actions have been followed properly during ship navigation, like the one provided by SQE MARINE herebelow could be helpful