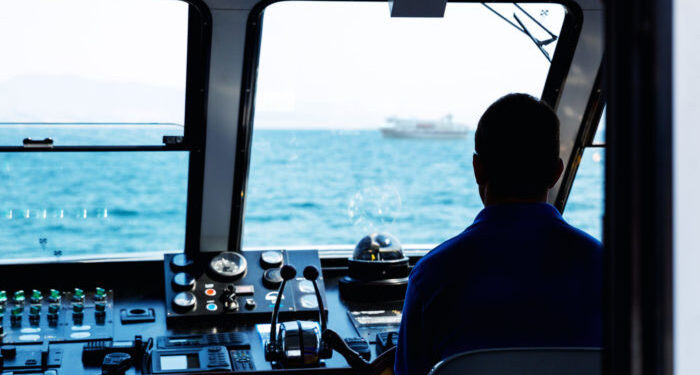 What is the steering gear?

A steering gear is the equipment provided on ships to turn the ship to Port side or to Starboard side while in motion during voyage. The steering gear is constantly in use during a vessel’s voyage. Its importance is shown with the existence of SOLAS regulations, regarding steering gear’s testing. A failure on the steering gear, may lead to unpleasant situations such as collisions or groundings.

Lessons Learned: Collision due to failure of vessel’s steering system

In 2014, a bulk carrier collided with a berthed oil tanker on the Mississippi River. During vessel’s passage, a pilot was on board requesting the steering system to be tested by moving the rudder between hard (about 35 degrees) port and hard starboard. The full rudder movement took about 13 seconds, and the pilot was satisfied with the rudder’s responsiveness. Five minutes before the incident, the pilot ordered a 2-degree heading change to starboard. To effect this change, the helmsman applied 15 degrees of starboard rudder, and the rudder responded correctly. However, when the helmsman turned the wheel to port to ease the rudder input, the rudder did not respond. The pilot immediately noticed that the ship’s heading continued to swing to starboard and ordered 20 degrees to port to correct the heading. The helmsman turned the wheel accordingly, but again the rudder did not respond. The pilot notified the US Coast Guard’s vessel traffic service about the ship’s loss of steering and ordered the main engine full astern and then emergency full astern to make the engine act as a brake, using the propeller to slow the forward movement of the vessel. The pilot then ordered the crew to drop the portside anchor and hold the brake on the anchor. He then began sounding short blasts of the ship’s whistle to warn dockside personnel and crews on nearby moored vessels. The pilot sounded the whistle more than 70 times. The bulk carrier’s speed was reduced to 2 knots; however, these efforts could not stop the ship in time, resulting in collision with the berthed oil tanker and pollution of the Mississippi River. The NTSB report identified as the probable cause of the accident the failure to routinely test the steering system.

Actions to be done during vessel’s operations

SQE Marine has prepared a checklist aiming to provide the necessary steps required, to ensure vessel’s proper testing in the steering gear system.