AI in the workplace: How is shipping affected?

by The Editorial Team
in Maritime Knowledge, Smart 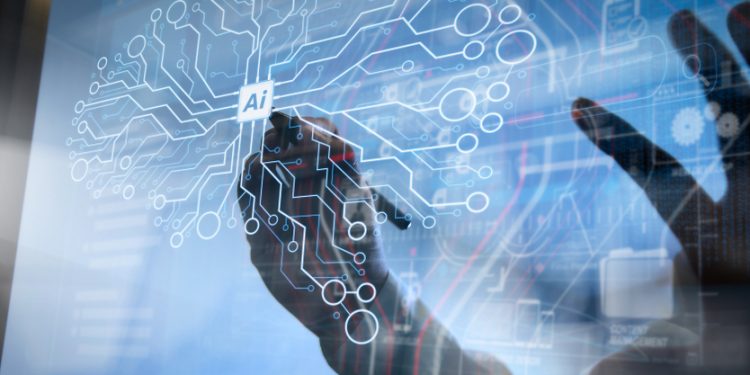 While sci-fi movies picture intelligent machines taking over the world, the reality is that there are some pretty exciting developments happening in artificial intelligence. Especially in shipping, the industry develops better big data capabilities, and along with it the opportunity to build new systems that can help humans operate vessels more safely and efficiently.

How does AI work?

To understand the nature of artificial intelligence, we should focus on the use of machine learning which can be split into four categories:

#1 Reactive Machines: Reactive machines are great at playing specific games and following a prescribed set of rules, but their operation is limited. They will always produce the same result, if they have a particular set of inputs, thus being highly trustworthy, but they cannot interact with the world intelligently.

#2 Limited memory: Limited memory enables machines to look into the past to make better decisions. This can come handy in shipping, as for example, an autonomous ship will measure the speed and heading of other vessels in the area to establish the closest point of approach.

#4 Self Awareness: Self-aware machines are aware of their own existence, but not the way we humans interpret it. This is principally because our understanding of human consciousness limits our ability to replicate it with machines.

AI in the workplace

According to a report by McKinsey, most companies report measurable benefits from AI where it has been deployed; however, much work remains to scale impact, manage risks, and retrain the workforce.

However, AI also has certain drawbacks, which of course affect shipping as well. More specifically:

Singapore uses AI to identify maritime terrorist threats: Singapore will use a new artificial intelligence data processing system to identify threatening ships along its shores in real time. The “sense-making system” gathers updated information from local and foreign governmental and commercial sources and uses anything from the crew’s criminal records to the route the ship is sailing to determine threat levels.

First electric, autonomous containership, christened: Yara Birkeland will be put into operation in 2022. Initially, it will start a two-year trial period to become autonomous and certified as an autonomous, all-electric container vessel.

What about the AI ethics?

When we refer to ethical AI, we talk about considering the impact of AI systems on real people. One framework for approaching this topic is to identify who might be impacted, and how, and then take steps to mitigate any potential adverse impacts.

Consider an AI system that is used to approve or deny loan applications. One question to ask is whether the system disproportionately approves loans for applicants from a certain race or gender, for no reason other than their race or gender. Another question to consider is how the system arrives at its output.

As a matter of fact, according to the BCG Henderson Institute, responsible AI usually follows a technology-based approach. And here lies the problem. Scientists focus on the technical challenge of building goodness and fairness into AI and that is logically impossible to accomplish unless all humans are good and fair.

In order to ensure the AI technology is ethical, McKinsey calls operators to ask the following questions: