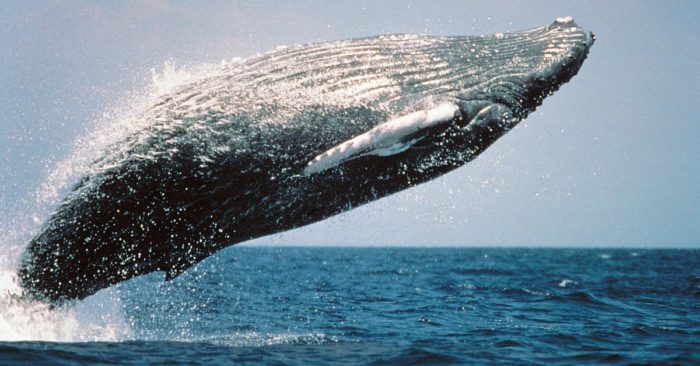 A Whale of a tale: Protecting whales in busy waterways

Whales travel all around the world’s oceans, communicating with complex sounds. They currently are at the top of the food chain and play an important role in the overall health of the marine environment. However, despite their size and importance, they are in serious danger. Today 6 out of the 13 great whale species are endangered, even after decades of protection. So one issue emerges: Protecting whales. What can we do to protect whales and what has already been done to save these creatures?

Whales are facing many dangers nowadays; and most of them are manmade. Two of the main reasons why many whale species are endangered are:

Of these two, a special reference must be made to ship strikes. According to the World Wide Fund for Nature, 90% of all northern right whales killed by human activities are from ship collisions. Most reports of collisions between whales and ships involve large whales, but all species can be affected.  These collisions often go unnoticed and unreported. As a result, animals can be injured or killed without no one ever noticing.

To understand the scale of the problem we have to go a little back. In 2009 the International Whaling Commission created a ship strikes working group, to record how many strikes are taking place and mitigate the problem. Since the creation of the group, more than 1,200 incidents have been registered.

A recent study comes to verify this, as its authors mention:

Mortality from collisions with vessels is one of the main human causes of death for large whales. Ship strikes are rarely witnessed and the distribution of strike risk and estimates of mortality remain uncertain at best.

This study tried to measure the number of whales deaths in the US West Coast. It found that every year:

These numbers mean that every year in the west coast of the US alone, over 80 whales are dying because of ship strikes.

Taking into consideration the number of deaths and the critical situation that whales experience, the situation requires immediate action.

Thankfully, it seems that the world is starting to understand the importance of whales protection. More and more ports, countries and organizations are establishing measures to save the whales, as well as best practices to prevent ships strikes.

WWF-Canada released a new guide to help mariners in the eastern Arctic identify and avoid marine mammals, including whales. The guide provides maps of the most concerning areas, as well as recommendations on what to do in Arctic waters in order not to affect the animals. As for the whales, WWF suggests the following:

Port of Vancouver is a pioneer in whales’ protection. The Port has created the Enhancing Cetacean Habitat and Observation (ECHO) Program, which aims to limit the impact of shipping activities on endangered whales throughout the southern coast of British Columbia. For this initiative, the Canadian port was one of the short-listed nominees at the port awards category of the last GREEN4SEA Awards.

As part of the program, the Port used hydrophones listening stations to monitor a key threat to whales: underwater vessel noise. The hydrophone will provide crucial information, which will help scientists understand the different levels of underwater noise created by different types of vessels.

The ultimate goal of the project is the creation of mitigation solutions, such as the cleaning of ship hulls, aiming to eliminate underwater noise.

California has started an initiative to reduce air pollution and protect whales. The program "Protecting Blue Whales and Blue Skies" will start on July 1 and will last until November 15, 2018, establishing vessel speed reduction (VSR) zones in the Santa Barbara Channel region and San Francisco Bay area.

Specifically, ships are called to sail through these zones at 10 knots or less and with an average speed that does not exceed 12 knots.

Shipping companies that comply with this speed will receive financial awards based on their compliance with the program criteria. There will be four award categories: bronze, silver, gold and sapphire. Almost $300,000 is available for the 2018 program, while awards will range from around $1,000 to $35,000 per company.

Ventura County Air Pollution Control District (VCAPCD) will also provide $175,000 for the 2018 Program from a Supplemental Environmental Project settlement secured through the California Air Resources Board.

In addition, since 2009 California requires vessels entering the state to use cleaner fuels and to limit emissions in specific areas. In order to comply and save fuel, vessels have slowed down, which caused fewer whales deaths due to collisions with ships, a recent report by the journal Ocean & Coastal Management found out.

Under this plan, Canada will allocate more than $167 million to better understand risks to whales, including the endangered Southern Resident Killer Whale. This will allow Canada to take the necessary measures to address the impacts of human activities on Canada’s endangered whales.

In addition, because of the changing migratory habits of the North Atlantic right whale and their increased presence in the Gulf of St. Lawrence, Canada established seasonal speed restrictions in specific areas, from 28 April to 15 November 2018. These restrictions combine static zone and dynamic speed reduction.

US measures for whales protection

Many large whale species live in the waters around Connecticut and Long Island. These whales are protected by the Endangered Species Act and Marine Mammal Protection Act.

To ensure that these animals’ protection, the US Coast Guard and National Oceanic and Atmospheric Administration’s National Marine Fisheries Service (NOAA Fisheries) signed a Memorandum of Agreement (MoA). This agreement created the framework and responsibilities for coordinated responses to large whale strandings in Long Island Sound and South Shore areas.

Furthermore, much like Canada, the US has also imposed speed restrictions off the Virginia Beach, to protect almost 30 whales.

Studies have shown that underwater noise from ships may have negative consequences on marine life, especially marine mammals.

As said above, the Port of Vancouver conducted a study under its ECHO program to find the benefits of reducing underwater noise. Operators of cargo ships were asked to navigate over the hydrophones and reduce their speed to 11 knots, when it was feasible.

Results showed that reducing vessel speeds can reduce the underwater noise, which can benefit the behaviour and feeding success of the southern resident killer whale.

IMO has also approved guidelines to reduce underwater noise from commercial shipping, which include the following suggestions:

Today whales are experiencing a large amount of threats, from commercial whaling, to ship strikes and underwater noise. As a result, almost half of the great whale species are endangered. However, new initiatives, legislations and guidelines aim to change this situation and establish a better framework to continue protecting whales.