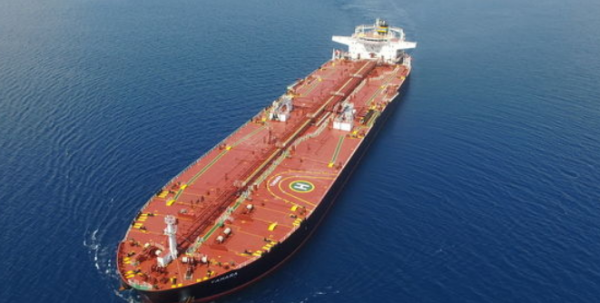 During the 2020 GREEN4SEA Athens Forum, Mr. John N. Cotzias, Projects & Finance, Xclusive Shipbrokers, provided an overview of the developments up until the 2020 sulphur cap, as well as current developments, and estimations about the future, considering implications due to COVID-19 pandemic.

We are having some difficult times, we need to change and adapt. For example, eliminating handshaking due to COVID-19 does not mean that we will not have the socializing.

We are discussing about GHG emissions and about becoming greener and less polluting, but transportation in general accounts to only 14% of the global GHG emissions. Out of the transportation, we see that maritime is only 12.8% of that 14%, which in total says that maritime traffic is responsible for about 2% of the global GHG emissions. So, we are pointing out the finger to an industry that is green and, over the past 10 years, has reduced emissions by 20%. Definitely, we should do something about becoming cleaner and more efficient, but if we look at what happens over our heads daily, these are the airline flights, which do not cover the seas; they cover the whole globe. It is really a quite phenomenon that all these planes, that fly over our heads, are not finger-pointed yet in the way that shipping is.

Several solutions have been discussed and many questions have been raised. For example, scrubbers are considered as an effective solution, but have they been very effective? What is the payback for this expensive retrofits on ships and how possible is it to fit scrubbers on all ships?

On marine fuels spreads, let’s have a look at a delta, the difference between low Sulphur fuels and HFOs. We see now that the delta is coming closer, less than 1.50 or, if we take the Rotterdam prices, 1.34. This is the difference in prices between the LSFO and the IFO 380. A little bit higher, 1,56 is for the LSMGO.

If we see historically, we see that in March 2018, the delta was about 200$, last year was 170 and today is 134.The President of a long-time scrubber manufacturer claimed in a conference in April 2018, that the differential of $250 of today is not even close to what it will be in 2020. Same person claimed that the $420 “Δ – difference” that he attributed to a Wall Street Journal Report was “conservative”! Thank god, we have not fallen within his predictions.

What I believe it should be a fuel problem becomes a ship/shipowner’s problem! Instead of imposing to refineries to produce the required fuel in a conformed ISO8217 standard and in adequate quantities they impose the burden on Shipowner to modify his ship.

Out of these 16,000 ships active, 3,000 ships have already been fitted with scrubber. And we have another 13,000 ships with a fuel consumption that could justify the installation of a scrubber. Assuming ability to install approx. 125 scrubbers per month (1500/annum), it may take about 9 years to have scrubbers installed to the entire fleet. In these 9 years, ships become older, may have to be replaced r their value would not justify scrubber installation.

Even if all ships that fitting a scrubber makes economic sense wanted to move on and fit scrubbers there is no way all these ships could be converted within reasonable time. The dilemma for ship owners was and is therefore about the price differential between LSFO and HSFO, as this mostly decides the attractiveness of fitting a scrubber to comply with forthcoming IMO regulations which limits the amount of sulphur in bunkers.

Apart from bunker consumption, age of ship is also a key factor as younger vessels will have more time to recover the investment in a scrubber.

Newbuild ships will also have an advantage, as they will not only have a longer trading life to recover the cost of the scrubber, but also the cost of fitting a scrubber to a newbuild will be less than an existing ship, as customization is required to retrofit a scrubber in existing deck space. Younger ships have greater present value and make the investment of a scrubber more considerable as opposed to a ship valued close to her residual/scrap price.

As shipbrokers, we have seen all this sort of insecurity surrounding new technology and what is modern or what is going to be modern in five years. This has led to a reduction of newbuilding orders. A lot of owners are very skeptical when they want to order a ship today. Will it be Tier II or III, Eco and fully Green? Dual fueled, LNG fueled, Electric? Nuclear? These questions all come to an owner or an investor before invest in your newbuilding. So a lot of people are holding back in new investments. This is a blessing and at the same time gives more pressure to the R&D to develop more efficient eco technology.

We made a calculation: A payback in repayment, based on the consumption of ships and the days at sea and port. Basing our calculations on 150 as a delta, the capesize can be repaid if you install a scrubber in about 1.6 years. Equivalently, the VLCC can be repaid in 1.1 years.

For scrubber capes, rates have declined 44% year to date. But that’s not only because of coronavirus. It’s because daily savings from burning HFO have decreased 57% over this period. The rate calculated on a time-charter-equivalent (TCE) basis is not lower because the base rate (in dollars per ton of cargo) is lower, but because the owners of scrubber ships are not saving as much on fuel as they did at the beginning of the year.

Rates for scrubber ships burning HFO have fallen 38% since the start of the year, once again, not due to coronavirus, but rather, due to a 54% drop in the daily savings from the fuel spread. TCE rates assessed for scrubber Capes are down 45% year to date, driven by a 58% decline in savings from burning HFO as opposed to more expensive VLSFO.

Nearly everyone had greater expectations for product markets in 2020, after the IMO Sulphur regulations would come into force. Reality not exactly as hoped for. The early-year boost that tankers received from implementation of IMO 2020 and the sanctions on COSCO Dalian's fleet have faded. What we have seen so far from coronavirus is an escalation of these trends, with further downside risk if there is further escalation.

In particular, market impact of the Coronavirus is expected to be greater than the SARS in 2003. Reasons for this is that Chinese economy has significantly grown since 17 years ago. China does not just produce goods, but is also a major consumer with a booming middle class and the world’s largest population, and given that China accounts for:

To conclude, some thoughts for 2020 onwards are the following:

It is not so surprising that freight rates have tanked. In addition to importing raw materials Chinese factories consume nearly 40 percent of metals produced in the world, the factory slowdown has forced the world’s largest shipper to brace for the year ahead.

Chinese domestic oil consumption estimated down by 25% in Feb2020, the closure of parts of the country has flipped an otherwise strong market prediction for the tanker shipping companies upside-down. Shipyards in China have declared force majeure over delays to newbuildings under construction. Ship repair has been severely affected. Yards have no labour, workforce has been detained at home. Ships scheduled for Scrubber and ballast water management systems are re-scheduled.

A number of shipyards have started issuing notices to the shipowners citing Force Majeure in the event of delays. The viral outbreak is beyond the control of the shipyards. More than 200 vessels in China are facing potential delays in their repair, retrofit or maintenance works, according to estimates of China Association of the National Shipbuilding Industry (CANSI). Shipyards in Japan and South Korea that are using Chinese-made equipment and steel plates are feeling the effects of the outbreak of coronavirus.

Crewing has been affected. Old crews are asked to stay on board, new crew not allowed to travel. In chartering in order to commence laytime under a voyage charterparty, owners need to submit a valid notice of readiness (NOR). We had until now a sort of formality for "Free Pratique" to be granted. Now this can be delayed greatly and this delay until a valid NOR can be given is borne by the owner, unless C/P has other provision.

Safe port? What is a safe port? Can this virus render a port as unsafe? The shipping industry will remain volatile for most of 2020 as the coronavirus outbreak in China upends the global supply chain.

Even if the virus can be contained soon, the effects may linger in the shipping industry. There is a glut of containers globally, both full and empty ones waiting to return to Asia. Those will need to be moved rapidly once the supply chain starts to return to normal, potentially creating bottlenecks and other problems.

Above text is an edited article of Mr. John N. Cotzias presentation during the 2020 GREEN4SEA Athens Forum.

John N. Cotzias, currently acting for third consecutive term as the President of the Hellenic Shipbrokers Association, and has 30 years of experience in Shipbroking. His family has been the oldest Shipbroking family in Greece, active in both Sale and Purchase and Chartering of ships since 1893 and John represents the 4th Generation of continuity presently enjoying 125years in Shipbroking. Presently, he is one of the co-founders of Xclusiv Shipbrokers Inc. He is presently maritime advisor for NATO’s TGOS and AMSCC and he has been a Maritime Advisor for a number of Greek and International Shipping companies and has appeared in various forums and conferences as a panelist and guest speaker in both Greece and abroad and was the producer and co-host of first weekly Shipping Program aired live on Greek TV. Mr. Cotzias has completed a vast number of sale and purchase transactions, while he has put together many complex projects.  John N. Cotzias holds an MSc degree in Shipping Trade and Finance from City University CASS Business School (UK) and also holds a BSc in Economics from the University of Buckingham.