Mr. Kyriacos Gregoriou, Marine Surveyor, DMS Cyprus, highlighted hot debated issues concerning the 2020 Global 0.5% sulphur cap challenge. He began his presentation with an overview of the SOx regulations examining later what the global limit actually means for ships and how these can meet low Sulphur emissions standards. Thus, he talked about fuel oil availability and what controls are needed when the new global cap takes effect. Given the many alternatives for compliance, Mr. Gregoriou advised delegated that a life cycle cost analysis taking into the ‘equation’ of all the ‘influential parameters’ is needed, in order to define the best solution applicable to each particular ship.

IMO’s Marine Environment Protection Committee (MEPC 70), in October 2016, decided that a global sulfur cap of 0.5% m/m (mass by mass) on marine fuels should apply from 1 January 2020. According to IMO estimations, up to 70,000 ships may be affected by this regulation.

Looking at the Sulphur summary table, it’s clear that the amount of Sox emanating from ships, will show a major reduction and will provide health and environmental benefits for the world, particularly for the population in transport and in coast.

What does the new global limit means?

Ships will have to use fuel oil on board with a sulphur content of no more than 0.50% m/m, against the current limit of 3.50%, which has been in effect since 1 January 2012. It is important to consider that the interpretation of “fuel oil used on board” includes use in main and auxiliary engines and boilers.

Which Exemptions could be for ships with the new global limit?

Exemptions are provided for situations involving the safety of the ship or saving life at sea, or if a ship or its equipment is damaged.

Another exemption allows for a ship to conduct trials for the development of ship emission reduction and control technologies and engine design programmes. This would require a special permit from the Administrations flag States.

What controls will there be once the new global cap takes effect?

As far as the possible sanctions are concerned, these are established by individual Parties to MARPOL, as flag and port States. There is no established fine or sanction set by IMO and it depends to the individual State Party.

What additional measures may be developed to promote consistent implementation?

IMO’S Sub-Committee on Pollution Prevention and Response (PPR) has prepared a list of items which could be considered in order to achieve the environmental benefits sought through regulation 14, which regulates emissions of sulphur oxides (SOx) in MARPOL Annex VI. The scope of the work, proposed to be completed during PPR sessions in 2018 and 2019.

There are a number of ways that ships can comply with the new standards, such as:

However, each of these solutions offers advantages and disadvantages. For this reason, taking into the “equation” all the “influential parameters”, life cycle cost analysis is a must, in order to define the best solution applicable to each particular ship.

The availability of sufficient and suitable low sulphur fuels has been an ongoing and often heated debate within the marine industry. Many industry bunker and refinery bodies have consistently reiterated their belief that the industry will be adequately prepared, however, many in the shipowning community remain unconvinced.

Furthermore, there is some uncertainty as to whether bunker suppliers will be able to meet future demand for low sulphur fuel in the main bunker ports world-wide; and that despite owners’ and operators’ best efforts it may not always be possible to procure compliant fuel prior to entering an ECA.

In this case, the master and the owner must:

For fuel oil availability there are detailed guidance on how to demonstrate that it was not possible to purchase compliant fuel prior to entering an ECA can be found in:

The sulphur cap of 0.50% planned for 2020 will have a more significant effect on shipping costs. Theerfore shipowners and operators should start considering: 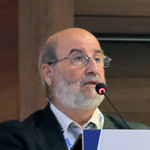 Mr. Kyriacos Gregoriou works as a Marine Surveyor at the Deputy Ministry of Shipping in Cyprus. Education: During 1978-1980, he studied chemical engineering (H.N.D.) in the South Bank Polytechnic and then he continued for two years his studies in chemical engineering (B.Sc) at the Heriot-Watt University. Also, he has a Master Degree in Energy Resources Management from the South Bank Polytechnic.