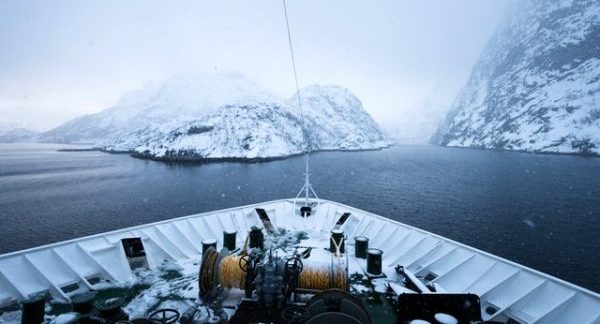 The decrease of Arctic sea ice caused increased human activities to increase in the Arctic, rising concerns about the region’s future. The US, by virtue of Alaska, is an Arctic country and has substantial interests in the region.

The significantly low extents of Arctic sea ice over the past decade have highlighted the climate change and projected ice-free seasons in the Arctic within decades, with important consequences for weather in the US, access to mineral and biological resources in the Arctic, the economies and cultures of peoples in the region, and national security, a US Congressional Research Service report indicates.

The decrease of Arctic ice could lead in coming years to increased commercial shipping on two trans-Arctic sea routes—the Northern Sea Route close to Russia, and the Northwest Passage.

However, this increase may not be all good and international guidelines for ships operating in Arctic waters have been recently updated.

Changes to the Arctic were caused by warming temperatures which allow further exploration for oil, gas, and minerals, thus increasing the risk of pollution in the region.

Changes in the Arctic can also impact threatened and endangered species, resulting in migration of fish stocks to new waters, as well as the economies, health, and cultures of Arctic indigenous peoples.

Nowadays the cooperation on Arctic issues has increased, but it becomes more and more of an imminent security issue. Namely, some oArctic coastal states, such as Russia, are taking actions to enhance their military presences in the region, thus paying more attention to the region in their planning and operations, the report concludes.

You can read further details about the changes in the Arctic region, in the PDF herebelow