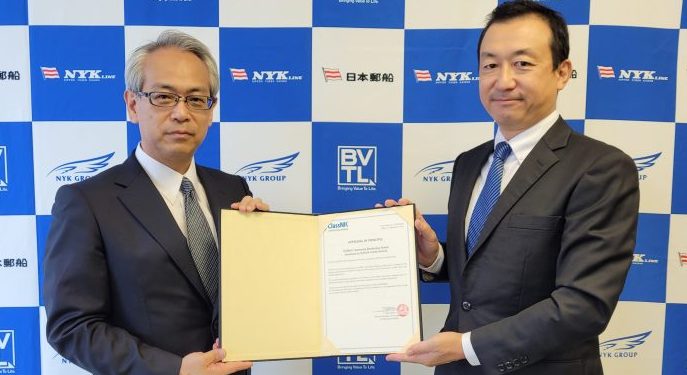 ClassNK has issued an Approval in Principle (AiP) for an ammonia bunkering vessel (ABV) developed by NYK Line. This is the Society’s first AiP for ABVs.

The ABV developed by NYK Line will be used as a bunkering vessel for ammonia-fueled vessels, which are expected to be widely used from the late 2020s.

The company has developed its own design drawings, and introduced a method of creating 3D models linked to the drawings at an early stage of concept design, which is typically done at the detailed design stage after the shipbuilding contract, enabling it to draw up specifications that incorporate sufficient safety measures for ammonia hazardous areas and escape routes based on risk assessments.

ClassNK carried out the design review of the ABV being developed by NYK Line in line with its Part N of Rules for the Survey and Construction of Steel Ships incorporating the IGC Code.

Upon confirming the conformity to the relevant rules, ClassNK issued the AiP for the design concept of the vessel. In the Society’s AiP drawing approval process, 3D models were partly used for the first time as an alternative to 2D drawings, and the role of 3D models in development projects has been greatly expanded.