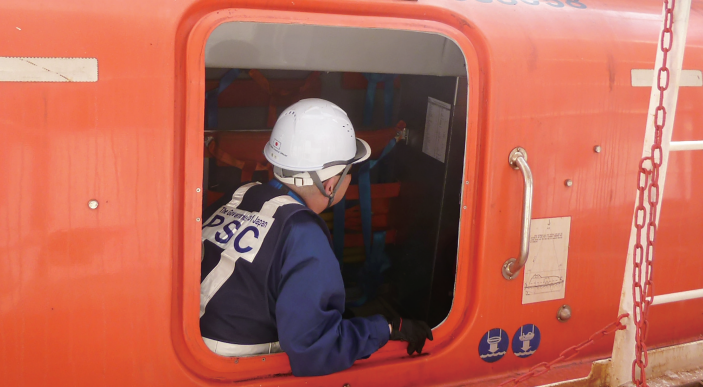 In 2018 a total of 1,083 detainable deficiencies were reported relating to 384 detentions, i.e., deficiencies which were serious enough to jeopardise the ship’s seaworthiness, safety of the crew onboard, or to present a threat of harm to the environment and therefore warranted the detention of the ship.

Deficiencies related to fire safety and life-saving appliances combined accounted for about one-third of the total in 2018. 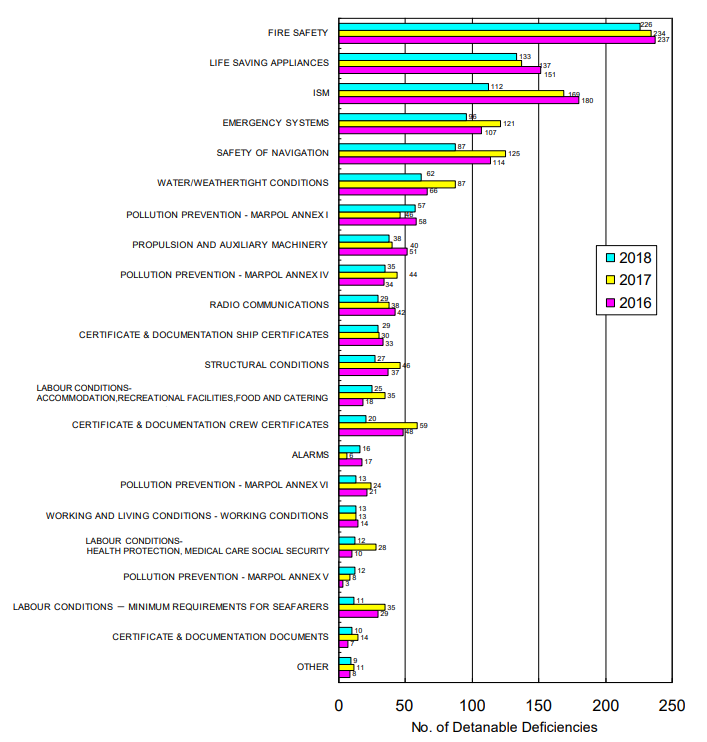 Lifeboats, ISM, fire doors and fire damper continue to be the major items where most detainable deficiencies were found. 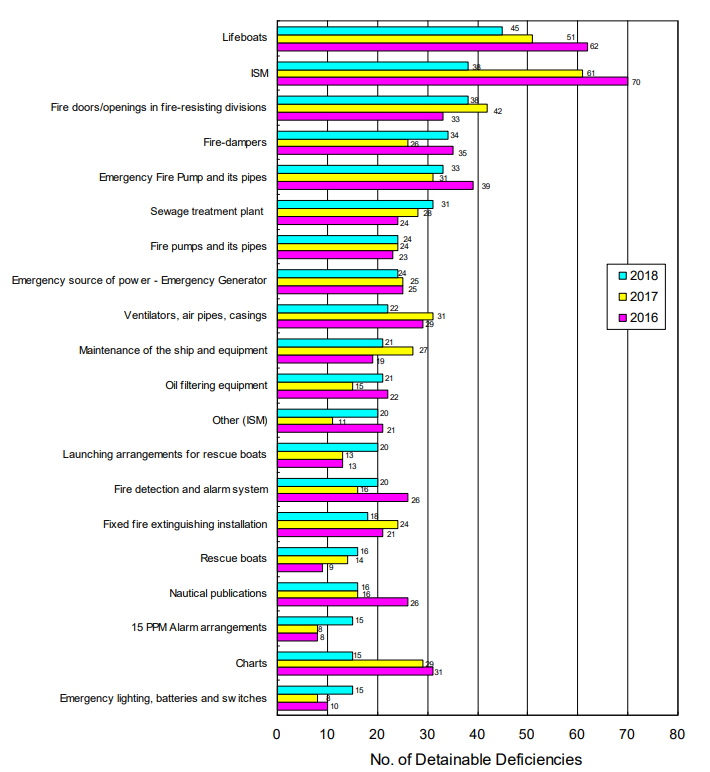 (‘Detention ratio’ was determined by dividing the number of detentions by the number of ships of each respective ship type in the NK fleet.) 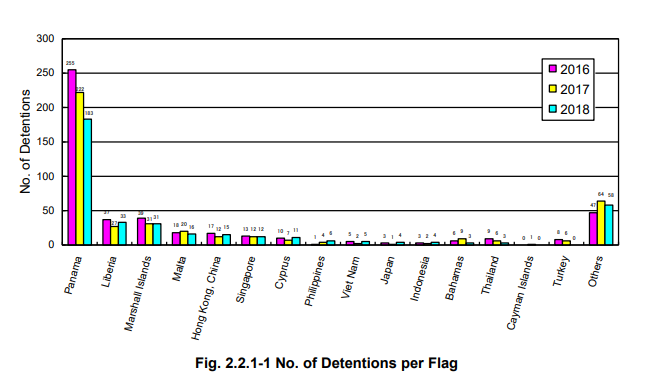 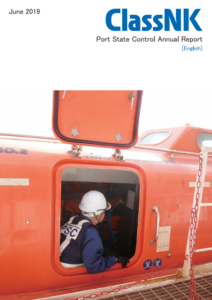