CHIRP Maritime: Slowing down generates time to think through a problem 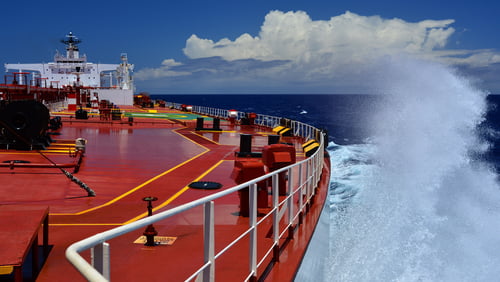 In a new edition of feedback, CHIRP Maritime contains several reports that involve loss of life to highlight never to relax our vigilance when onboard. One case refers to a breach of traffic separation scheme (TSS) regulations.

Shortly after midnight, a tanker with a deep sea pilot on board was approaching a traffic separation scheme (TSS). The ship’s draught was 20 meters. The tanker was about to enter the internationally recognised designated deep water route.

The master of a container ship with a draught of 14m approaching the same TSS informed the tanker that both vessels would arrive at the entrance of the deep water lane at the same time and asked the tanker to give him more room.

Instead of entering the alternate TSS lane to the east, the container vessel entered the southerly TSS lane against the traffic flow, which was clearly marked on the charts. The container ship called several oncoming vessels to request they alter course to starboard to permit the container ship safe passage.

Shortly afterwards, the Coastguard asked the container ship what it was doing in the opposite lane.

Either of the vessels could have slowed down to avoid a close-quarters situation at the entrance to the TSS deep water lane. It is considered unlikely that a few minutes delay at this point would materially change the arrival time at their next port. The container vessel could safely have navigated the alternative lane to the east but ignored the pilot’s advice to do so and entered the lane to the south, against the general direction of traffic flow for that lane.

CHIRP could not determine whether the container vessel’s Standard Operating Procedures empowered the OOW to amend their speed (i.e. slow down) or their nav track, but in such circumstances the master should be called. Slowing down could have generated the space to avoid a close-quarters situation and provided more time to assess the situation. CHIRP encourages watch officers to think in terms of ‘time’ as well as ‘space’.

When approaching a congested area such as the entrance to a traffic separation scheme, it is good practice to prepare a contingency plan if the situation allows and identify the time or place by which you need to make a decision. In this case, the container vessel had a choice of two traffic separation lanes and, when it became apparent that the tanker was using the deep water route, could have elected to use the alternative route to the east.

The container vessel’s actions were hazardous and contravened international regulations regarding traffic separation schemes; good seamanship requires vessels to use the correct lane, to proceed in the general direction of traffic flow for that lane, and not impede vessels which are restrained by their draft and manoeuvrability.

CHIRP contacted the container vessel’s DPA to get their version of events and they kindly provided CHIRP with their investigation report, which included a full-on-board navigational audit. It found that navigational procedures were not followed, nor the master’s standing orders which included calling the master and additionally informing VTS that the vessel intended to enter the opposing traffic lane.

The report found incorrect ship handling, and inadequate hazard and risk identification due to poor situational awareness and the company introduced additional training to improve navigational competence across the fleet. This included Bridge Resource Management training for all new officers and periodic refresher training for navigation officers. They also increased the frequency of inspections by port captains, with additional focus on navigational procedures and their application. This incident was promulgated to the fleet, with masters instructed to convene team meetings to discuss this incident.