CHIRP Maritime: Critical spares should be always in good condition for use 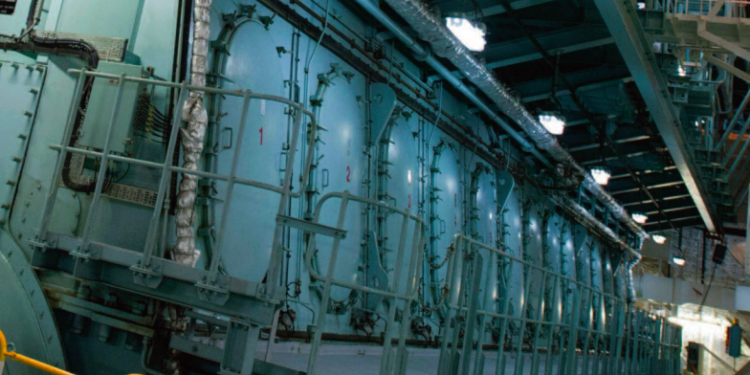 In a new edition of feedback, CHIRP Maritime contains several reports that involve loss of life to highlight never to relax our vigilance when onboard. One case refers to an incident involving main engine failure that revealed maintenance deficiencies.

A vessel was approaching a mooring to perform Ship to Ship (STS) loading operations. As they approached the mooring, the pilot ordered an increase of the revolutions from slow ahead to half ahead. The main engine failed to respond correctly and an investigation revealed that the number one cylinder had a very low exhaust gas temperature. The main engine slow-down function was overridden, but the problem persisted and the mooring was aborted. The vessel went to a nearby anchorage for a fuller investigation and repair.

Number one cylinder exhaust valve required replacement. There were three spares on board but none could be used immediately, and each needed an overhaul before use. The overhaul created a 12-hour delay before the
vessel could return to service.

The removed exhaust valve had only been serviced 4,700 hours previously. The maintenance interval for this equipment is 16,000 hours which suggests that the previous maintenance was neither properly completed nor adequately assured by the senior engineer afterwards. This prompted the company to order a fleet-wide review of critical spare parts to ensure they were ready for immediate use.

The pilot made the right decision to abort the planned manoeuvre in restricted waters because he did not have confidence in the main engine. Luckily the incident occurred in an area where tugs and shore assistance were readily available.

The exhaust valve failure so soon after the previous maintenance interval could indicate poor engineering standards. These can result from insufficient training, supervision or time to adequately maintain the spares. It could also result from inappropriate procurement choices: cheap and poor-quality parts may not last as long as expected

Items identified as critical spares should be in a good enough condition to be used when needed. None of the three spares carried was in this condition, which could be bad luck or an indication that they were listed as a critical spare for documentary, inspection and audit purposes only.

The company had concerns because they ordered a fleetwide review of spare parts.

Complacency (over-confidence) – The failed exhaust valve had about 70% of its service life left. It should nothave failed if it was maintained correctly, indicating that insufficient priority was placed on maintaining critical spare parts and engineering standards.

Local practices – The manufacturers’ maintenance instructions should always be followed. Following practices for maintenance which have been passed down by others but are not in compliance with the manufacturer’s requirements is unsafe and can be dangerous.