by The Editorial Team
in Seafarers, Shipping 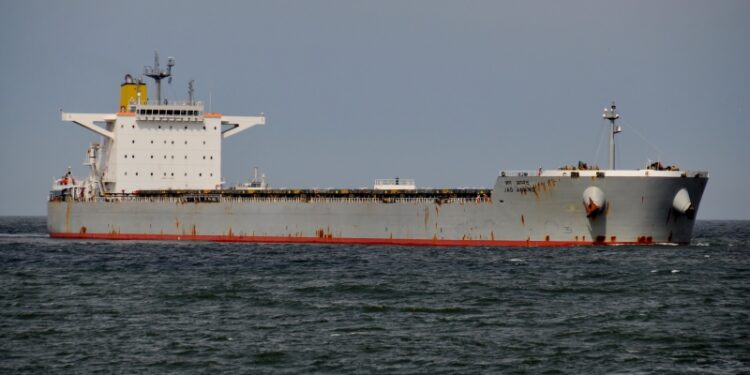 Over 70 ships are stranded off the coast of China, as a result of an ongoing trade dispute with Australia, which has brought significant pressure to charterers and has left more than a thousand of seafarers trapped onboard for months.

As tensions between the two countries intensify, China has suspended purchases of Australian coal since October, with ports having instructions not to offload the commodity. As a result, a number of ships loaded with Australian coal are experiencing significant delays, while China has been refusing reports that the ships were being held offshore due to dispute, and cites various factors like the restricted crew mobility due to COVID-19, as well as environmental issues.

Current data suggests that about 1,500 seafarers remain onboard ships off China, as a result of this situation. Reports say that some of the ships have been there since June 2020, while many of the crew have now been onboard for over 17 months, at a time when hundreds of thousands of seafarers are also trapped on ships due to restricted crew changes brought by the pandemic.

Owners are offering additional payments to crew, in some cases 100% uplift for salary. This does not compensate for mental health,

As he explains, ship owners could sail the ships to other countries to change the crew and then rejoin the waiting line off China, but charterers do not agree fearing losing their place in the line.

Money over people, the best example of the disrespect and attitude to seafarers in the maritime industry and especially by charterers,

He also stressed that China will likely not allow crew changes for anyone other than Chinese seafarers.

Back in November, ITF urged the governments of China, India and Australia to collaborate and urgently end the stalemate regarding the berthing of the coal-carrying vessels in Chinese ports.

All governments – be it flag States, port States, or the seafarers’ home countries – need to lift their game to make it easier to perform needed crew changes of this tired and fatigued workforce. Government restrictions and lack of coordination between different government agencies remains the main barrier to getting crew changed,

The Indian ships ‘Jag Anand’ and ‘MV Anastasia’ have come in the spotlight earlier this month, after India’s Ministry of External Affairs publicly urged China to help the 39 crew who are stuck for months near the Chinese ports Jingtang and Caofeidian. Latest reports mention that the Jag Anand was finally allowed to leave the Chinese port of Jingtang for Japan to change its crews, after seven months.

The Australian trade minister, Dan Tehan, said the government had made a number of representations to the Chinese government on the delay in processing Australian coal, with the most recent being on Wednesday, 13 January, while some of the Australian cargoes waiting in China have already diverted to nearby countries such as South Korea.