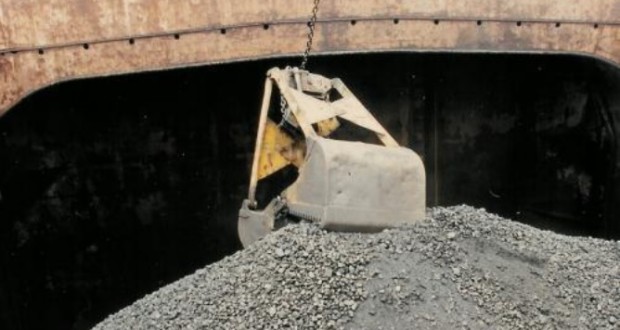 Many of China’s major bulk imports, such as iron ore and crude oil, have seen strong growth so far this year despite the COVID-19 pandemic, but  imports of coal have followed the opposite trajectory, says Peter Sand, Chief Analyst at BIMCO. This year’s coal import volumes have seen the lowest growth rate in the past three years.

Despite a staggering high growth in January through April, monthly coal import growth rates in May through August were below the levels of the same months in 2019.

The drop in coal imports has resulted in less business for the dry bulk fleet. Between May and August this year, there were 26.2 million tonnes less imported compared to the same period last year. The drop in volumes means that ship owners lost an equivalent of 351 Panamax loads. So far, strong Chinese iron ore imports have managed to compensate for the decline in coal volumes, supporting dry bulk freight rates,

OCIMF Principles on Human Factor: Leaders contribute in shaping conditions that influence what people do 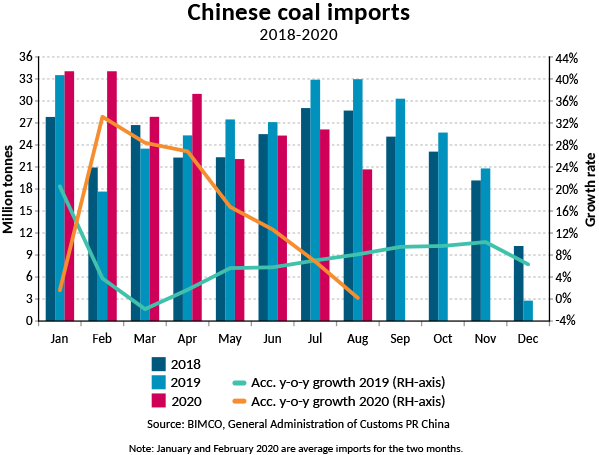 The vast majority of coal imported by China arrives by sea, primarily from Indonesia and Australia as the largest suppliers by far.

In recent years, shipping has become particularly vulnerable to geopolitics and the tensions between Australia and China are now in the spotlight. So far, coal imports have yet to see any major impact, but if the relationship between the two continues to deteriorate, ship owners may see a boost in tonne miles if China replaces Australian coal with coal sourced from more distant countries,

Chinese coal output has seen a slight decrease of -0.1% in the first eight months of 2020, totaling 2.45 billion tonnes.

Combined with the low imported volumes, the state of recovery for the Chinese economy looks unclear.