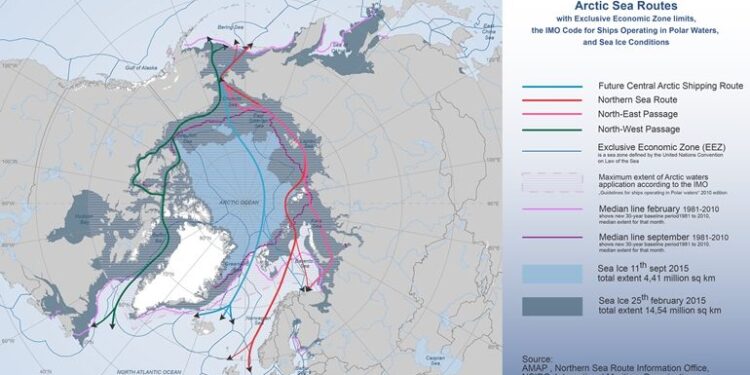 China has proposed three marine economic passages connecting Asia with Africa, Oceania, Europe and beyond, in a bid to advance maritime cooperation, under the Belt and Road Initiative. The proposal is highlighted in a document, titled Vision for Maritime Cooperation, under the Initiative, which was jointly released on June 20 by the National Development and Reform Commission and the State Oceanic Administration.

The initiative, proposed in 2013, refers to the Silk Road Economic Belt, which will link China with Europe through Central and Western Asia, and the 21st Century Maritime Silk Road, which stretches from Southern China to Southeast Asia, and even to Africa. The “Vision for Maritime Cooperation” is the first time the Chinese government has published its maritime cooperation plans, since it started to promote the massive development strategy three years ago.

The Chinese government called on nations participating in the 21st Century Maritime Silk Road to work together to preserve marine ecology, boosting maritime connectivity, fostering marine economy, safeguarding security at sea, deepening research in oceanography and enhancing collaboration, according to the document.

To achieve these goals, China plans to take a host of measures, such as establishing a marine environmental protection cooperation mechanism with the Association of Southeast Asian Nations; supporting island nations coping with climate change and ocean disasters; and sharing research capability with partners.