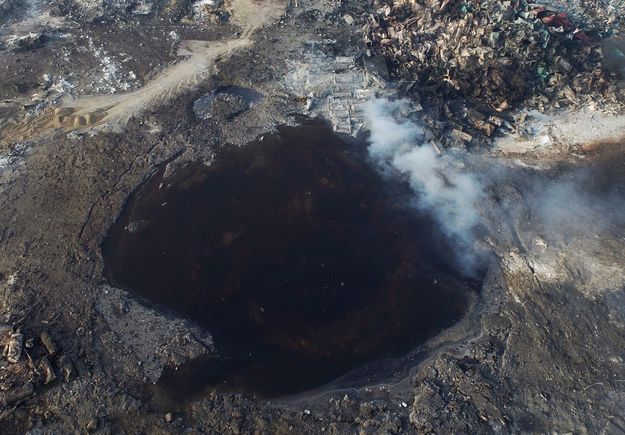 China has released its official report on the investigation of the massive chemical explosions at the port of Tianjin on August 2015 which reveals that more than 11,300 tons of hazardous goods were illegally stored at the warehouse where explosions happened and identifies 123 people, including five officials at ministerial level, responsible.

According to the report,  the double blasts were caused due to spontaneous combustion of nitro-cotton in a container, which lacked a wetting agent that would have prevented the explosion. The nitro-cotton had self-ignited under high temperature, causing large areas of combustion. The flame further ignited dangerous chemicals, including the explosive ammonium nitrate, triggering the explosions.

Xinhua reports that after five months of investigation, the team has concluded that the disaster, "an extraordinarily serious production safety accident," was caused by ignition of hazardous materials, improperly or illegally stored at the site.

The probe suggests 74 officials be subject to Communist Party of China disciplinary procedures, 48 be admonished by their local discipline inspection commissions. One other culpable person died of natural causes during the course of the investigation.

The report also recommends that Ruihai Logistics' licenses be revoked and company executives be banned from any other executive posts in the sector.