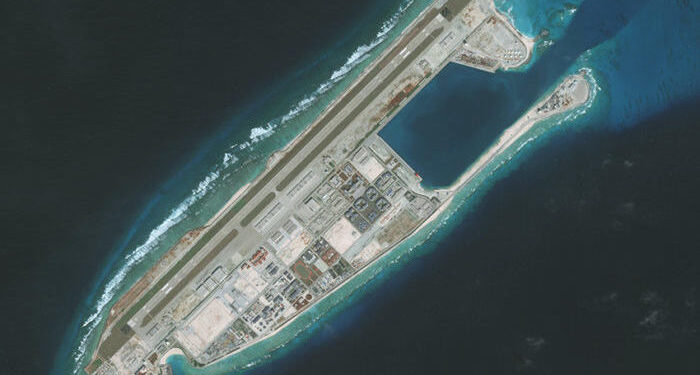 The Chinese Ministry launched a maritime rescue center in Yongshu reef of the Nansha Islands on January 29, aiming to enhance the protection of  navigation and transport safety in the South China Sea.

The rescue centre follows 2018’s decision of two rescue vessels to operate in the area. Therefore, both ships have saved 16 people and two ships in eight operations, according to the Ministry.

In addition, property worth approximately 12 million yuan ($1.7 million) has been salvaged.

The Ministry of Natural Resources recently launched marine observation centres on Fiery Cross Reef and two other reefs in the area. They provide marine forecasts and disaster alarms.

Also, on July 27 2018, the Ministry sent a rescue vessel to Zhubi reef of the Nansha Islands, to task it with emergency operations. The vessel was equipped with 20 rescuers with diving equipment.