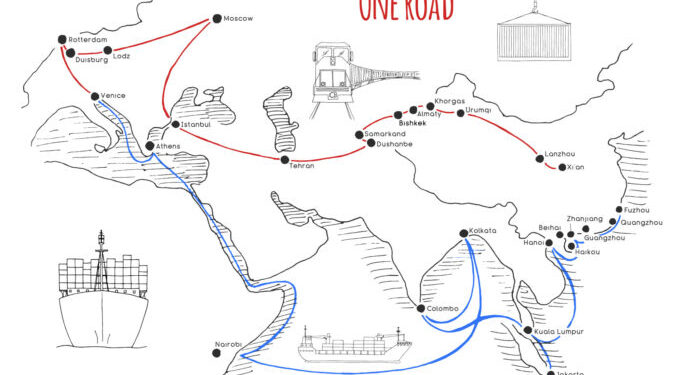 By the end of October 2019, China has inked 197 Cooperation documents on Belt & Road Construction with 137 Countries and 30 International organisations, highlighting the progress of the shipping industry in terms of trade relations.

Specifically, Meng Wei, the Spokeswoman for the National Development and Reform Commission (NDRC), during a Press Conference in Beijing added that amongst those that have signed the deals are developing, developed countries and companies that wish to collaborate to explore the third-party markets.

A recently launched report presented the latest trends in Belt and Road Initiative (BRI) investment during 2017 to 2018, adding that China’s non-financial investment in BRI countries increased by 9% and trade volume was up 13% from 2017.

Additionally, when it comes to connectivity deals, projects of China-Laos Railway, China-Thailand Railway and Jakarta-Bandung High-Speed Railway are steadily carried out, and Gwadar Port and Piraeus Port projects are going on smoothly. By the end of October, about 20,000 China-Europe freight trains have been operated.

China has also agreed to currency swap agreements with more than 20 countries taking part in the BRI.

In an explanatory video, CNBC International’s Xin En Lee presents the Initiative and how it works, highlighting the advantages of the initiative to China.