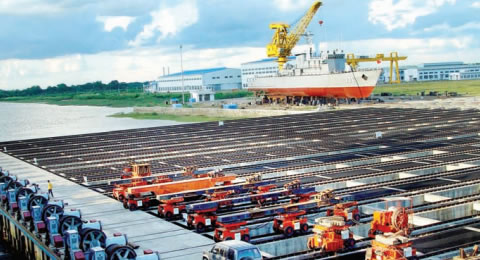 The Beijing-based firm inked a deal with the Directorate of Procurement, Office of the Commander-in-Chief of Myanmar Army, for the third phase of the shipyard, the company said in an official statement.

Under the deal, CAMCE will build a dry dock with capacity 40,000 tons and supporting facilities over the next six years.

This will further boost the company’s plans to strengthen position in Belt and Road countries.

The project is scheduled for completion in 72 months.

Myanmar Thilawa Shipyard was constructed by China CAMC Engineering and completed in February 2002.