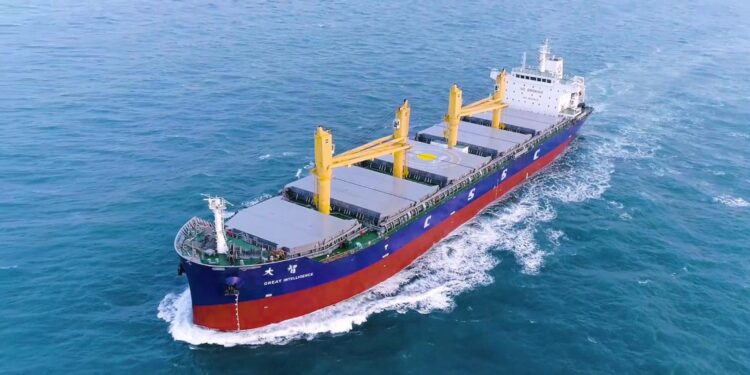 The Wanshan Marine Test Field is a a 225 square nautical mile zone, where operators can test autonomous steering and obstacle avoidance, according to China.org. As such, the test field will be the also the largest in the world.

As informed, nearby islands will feature comprehensive infrastructure, such as communications networks and navigation radar, in order to provide a realistic test environment to meet the demands that come with testing different types of ships.

A joint project between Zhuhai municipal government, China Classification Society (CCS), Wuhan University of Technology, and YUNZHOU-TECH, the test field is expected to be the main base for research in Chinese unmanned ship technology over the coming three to five years.

The collaboration aims to establish technology and regulatory standards, assess of the environmental impacts, verification and inspection services for the industry and the eventual commercialization of unmanned vessels.

What is more, in late 2017, the world’s largest automated terminal started operations in Shanghai, under the fourth phase of the Yangshan deep-water port.

Autonomous shipping has been seeing a growing industry interest in the last years and North Europe has been generally at the centre of autonomous vessels test areas development. Specifically, Norway has taken the lead in 2017, with the introduction of two test bed areas for testing of autonomous vessels in 2017 in Horten and in Storfjord, after the first at the Trondheim fjord, in late 2016. Finland also inaugurated in late summer the opening of the Jaakonmeri autonomous maritime test area, the first to be globally open for such purpose.