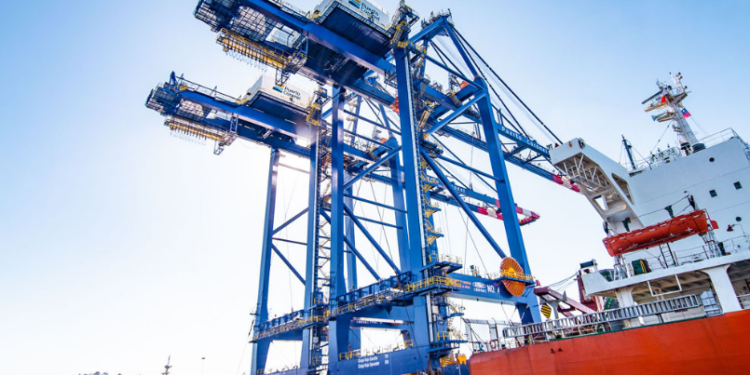 The units arrived aboard the ship Zhen Hua 24, and the unloading is expected to last until the first week of March. After that, a start-up and operational adjustment period will be developed, to last until mid-April, according to Javier Anwandter, general manager of Puerto Coronel.

The discharge process lasts around five days and the first of the units should be operational by the end of March, while the second, during the first half of April, so we estimate that on April 15, the four gantry cranes they will be operating in a parallel and permanent way, becoming the first port of the Biobío to operate four container cranes,

The units manufactured in China can handle up to 23 containers, which allows the reception of large container ships, in line with the trend in global shipping defined by increasingly larger ships.

The general manager of the port terminal affirmed that “this investment leaves Puerto Coronel with the capacity to surpass 100 movements per hour in container ships”.

At present, cargo transfer in containers represents 65% of the movements made in Coronel, as the project is part of a process to increase capacity and operational efficiency in this market.

The purchase of the new structures meant a total investment of US $ 30 million, considering acquisition, rating and associated infrastructure. It is the most important project of the last decade for the company and is part of a development plan aimed at creating new capabilities, increasing operational efficiency and maintaining leadership position in Chilean port sector.

There are associated expenses that were required to sustain the operation of the cranes. This meant investing in land support, where we have already paved eight additional hectares of container slabs and bought seven additional teams of reach stacker cranes that are the ones that feed the ship,

Ten years ago, the port acquired the first and only container cranes in the region until now, which allowed it to increase its cargo volumes and become the first terminal of the center-south and third nationwide. At the end of 2018, the port handled 7.7 million tons of cargo, 11% more than the previous year.