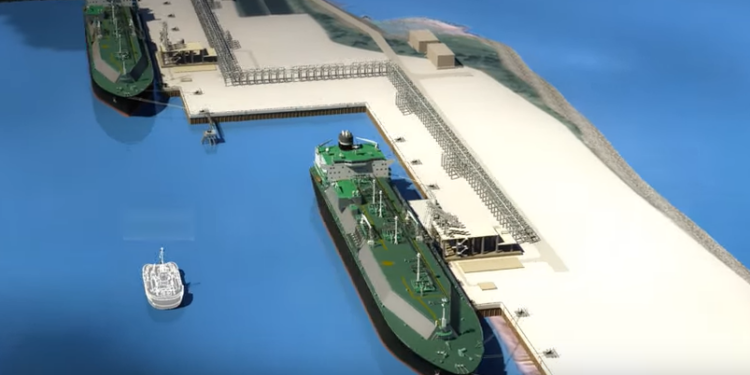 Illustration of the LNG Canada site in Kitimat

US Chevron and partner, Woodside Petroleum, is under discussions for approval to modify its plans for the Kitimat LNG export facility on Canada’s Pacific Coast to an all-electric design. Both partners aim to reduce GHG emissions. The project is proposing to become an all-electric plant powered by hydroelectricity, allowing expanded capacity without the corresponding increase in emissions of a traditional LNG facility.

The company stated that the change into an all-electric design will significantly reduce GHG emissions per tonne of LNG of any large project in the world.

The expansion project is divided in two phases:

The request for the project’s expansion might also need a federal environmental assessment, the statement said. Moreover, the request has been filed by the project proponents preciously triggering a new federal screening of the project expected to begin soon.

According to the company, in the possibility that the plan is approved, Kitimat LNG will produce less than 0.1 ton of carbon dioxide equivalent for every ton of LNG compared with a global average of more than 0.3 ton of CO2 equivalent.

Chevron and Woodside expect to make a final investment decision for the project in 2022 to 2023 with the production start scheduled for 2029.