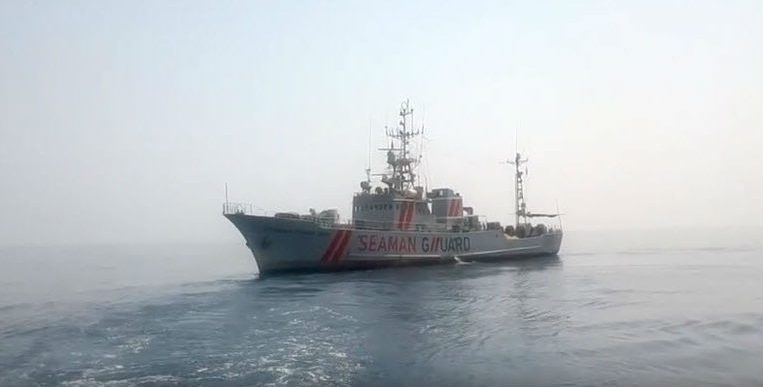 The six British maritime security guards of the MV Seaman Guard Ohio, known as the ‘Chennai 6’, have won their appeal against false weapons licence charges in the India Appeal Court, on Monday.

This follows a four year fight for justice, after they were arrested in October 2013, while operating the MV Seaman Guard Ohio anti-piracy vessel off India, in international waters, and were subsequently jailed on charges of smuggling weapons for terrorists.

After spending nine months in Indian prison, they were set free on bail, and all charges were dropped by July 2014 leaving them free to return home. However, Indian authorities did not permit them to leave and their charges were re-instated when a trial was ordered by the Supreme Court. The men were eventually sentenced at a court hearing in January 2016 for five years.

Following approximately four years of imprisonment in Chennai, the ruling of Monday now means that all charges brought against the 35 crew, including the six British armed security personnel, are dropped with immediate effect.

The news were welcomed by many humanitarian groups, including The Mission to Seafarers, Human Rights at Sea (HRAS), and ITF, that have been fighting for the release of the crew.

Ben Bailey, Director of Advocacy, The Mission for Seafarers, commented: “Today is a day that we have long campaigned for. Maritime security professionals provide an important service in protecting seafarers from piracy."

However, this case highlights once again the vulnerability of international seafarers, when carrying out their everyday jobs, with criminalisation as a constant threat, according to Mr. Bailey.

HRAS Founder and Trustee, David Hammond, said: “We have just received the news from India and while we are waiting for the full details to come through, this is a just decision for the entire crew and one which has been the result of a tenacious campaign by the families, many individual efforts, with government intervention behind the scenes, as well as maritime union and welfare organisations combining their resources to see justice done. We now trust that the crew’s repatriation will not be hindered in anyway whatsoever.”

The six ex-Forces personnel with a combined 74 years of service, were arrested in October 2013 after they were accused of entering Indian waters without permission. They were on board the American-owned anti-piracy vessel the MV Seaman Guard Ohio, tasked with protecting merchant seamen in some of the most dangerous waters in the world. The coastguard accused them of straying into Indian waters without permission as they headed for emergency fuel and supplies. Once they boarded the ship, officials discovered 35 firearms and ammunition. The men’s pleas that the weapons were lawfully held for anti-piracy purposes fell on deaf ears — even though their paperwork, issued by the UK Government, was all in order and provided proof that the anti-piracy team were given permits to carry the guns by the Department for Business, Innovation & Skills.