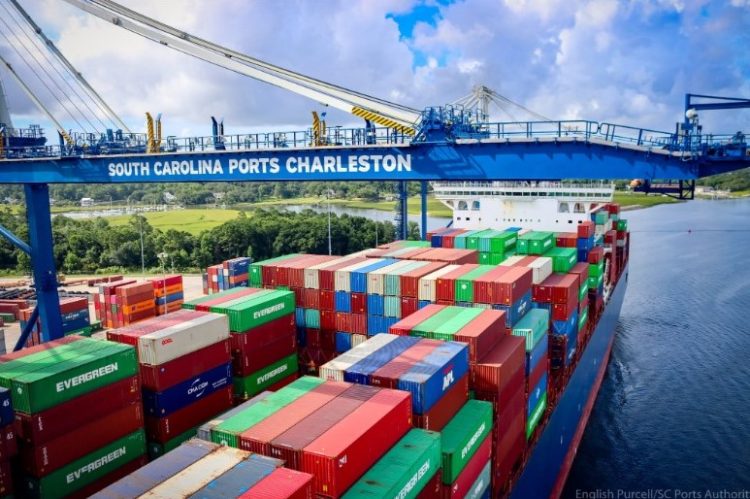 South Carolina (SC) Ports officials announced that they have reduced the backlog off Charleston, while also continuing to handle a record number of containers.

As informed, SC Ports had its highest April ever for containers handled, marking the 14th consecutive month of cargo records at the Port of Charleston. Strong volumes are driven by sustained retail imports, which were up 34% in April compared to last year.

They have implemented operational changes in real-time to respond to the ongoing supply chain challenges. This has enabled us to make progress on our backlog in an effort to keep our supply chain fluid

Vehicle volumes remained steady, with 21,829 rolling across the docks of Columbus Street Terminal in April. SC Port’s two rail-served inland ports in Greer and Dillon handled a combined 14,945 rail moves in April. What is more, cruise passengers continue to rebound after resuming operations in late December, with 27,369 passengers sailing in April.