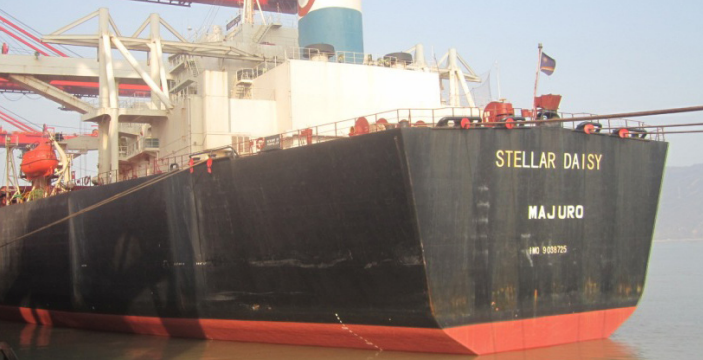 Two years after the VLOC Stellar Daisy sank along with almost its entire crew in the South Atlantic Ocean, the Marshall Islands issued the investigation report on the accident, identifying a ‘catastrophic structural failure of the ship’s hull‘ as key cause of the accident.

On 31 March 2017, the 266,141 dwt, very large ore carrier (VLOC) Stellar Daisy was underway in South Atlantic ocean, on its way from Brazil to Qingdao, China, when it sank about 1,700 off Uruguay. The water depth in the area was approximately 3,400-3,600 m. Of the 24 crew members onboard, two were rescued. The other 22 crew members are missing and presumed dead.

The investigation conducted by the Republic of the Marshall Islands Maritime Administrator determined that the likely direct cause of STELLAR DAISY foundering was a rapid list to port following a catastrophic structural failure of the ship’s hull that resulted in a loss of buoyancy and uncontrolled flooding.

The structural damage was likely due to a combination of factors, including the strength of the ship’s structure being compromised over time due to:

The Administrator’s marine safety investigation also concluded that the likely causal factors include: 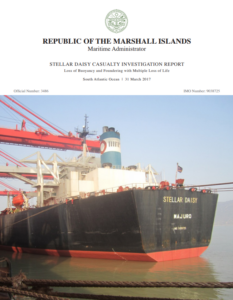