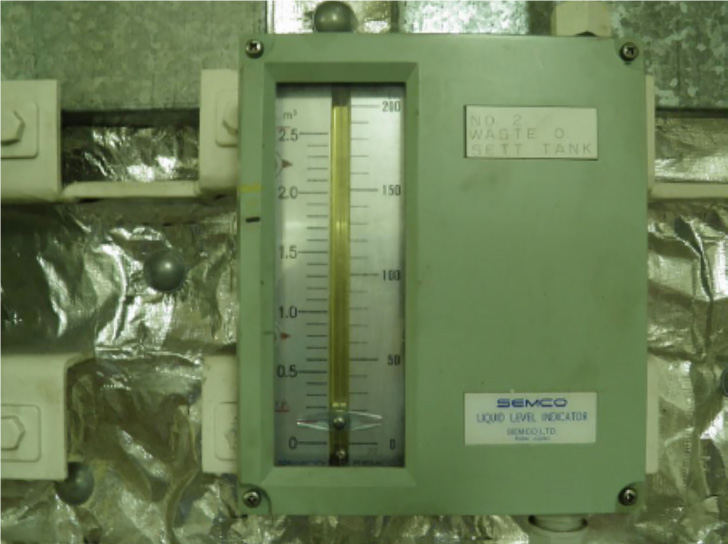 The third engineer onboard an anchored capesize bulk carrier was splashed by hot sludge while opening the manhole cover of a settling tank and subsequently died from a septic shock having sustained 2nd degree burns to a large part of his body. The Britannia P&I Club analyzes the incident as part of its BSafe campaign.

A quantity of sludge had been transferred from the “Bilge Separator Oil Tank” (BSO Tank) to No.2 “Waste Oil Settling Tank” (No.2 WOS Tank) using the sludge pump. However, it was observed that the level gauge of No.2 WOS Tank was not indicating the correct quantity and it was subsequently confirmed that the gauge had malfunctioned.

A “Job Hazard Analysis” was therefore prepared and the Second Engineer (2/E), was assigned to drain the sludge residues from No.2 WOS Tank, which was situated adjacent to No.1 WOS Tank and repair the gauge assisted by the 3/E.

The 2/E opened the valve to drain the sludge to the BSO Tank by gravity. In order to confirm that the tank was empty, the 3/E climbed on top and turned the scale reduction device wheel and reported it working. The 2/E noted a small movement of the level indicator while the valve was open. Finally, the 2/E opened the self-closing drain valve and a small quantity of water flowed through, then stopped.

The 2/E was therefore convinced that the tank was empty and the 3/E proceeded to open the manhole, about two metres above the floorplates. He removed all of the nuts from the cover apart from four, which he loosened.

As he did not observe any leakage, he then pulled the cover without removing the nuts. However, hot oil splashed from the manhole bottom onto the 3/e, who was standing on a folding ladder.

The 2/E pulled the 3/E away and took off his coveralls which were soaked with the oil. The 3/E was taken to the ship’s hospital where it was observed that he had sustained serious burns.

The Chief Officer (C/O) provided the 3/E with first aid and a helicopter arrived about two hours after the accident and transferred him to a shoreside hospital, where he died 12 days later.

A simple, complete and meaningful risk assessment needs to be conducted before starting a task to identify the hazards and precautions required; it will also help the personnel maintain focus when most needed.

Other ways of confirming the tank had been drained could have been used, for example, by measuring the quantity of the BSO Tank; this would have helped identify that it was not safe to open the manhole cover.

This case study is drawn from an investigation report by the Hellenic Bureau for Marine Casualties Investigation. 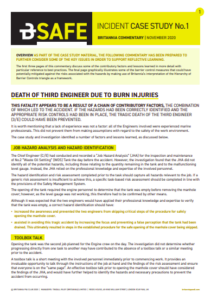