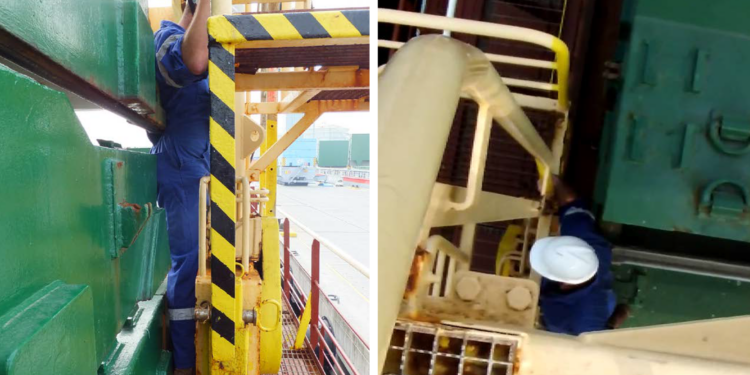 As part of its BSafe Campaign, Britannia P&I Club analyzed a fatality involving the second officer (2/o) of a general cargo ship who was fatally injured when he was crushed between the ship’s gantry crane and a stack of cargo hold hatch covers during post-cargo loading operations, alongside in port.

The general cargo ship was berthed alongside and loading a cargo of cement. The 2/O came on watch shortly before midnight and at 0115 the cargo loading was completed. The 2/O remained on duty until 0540, when the C/O took over the watch again.

At about 0900, the agents informed the master that the pilot would be boarding at 1130, and not 1400, as the sailing time had been brought forward. The C/O therefore advised the master that all available hands would be needed to complete the cleaning of hatch coamings and it was agreed that the 2/O would be called back.

The 2/O arrived on deck at about 0930 and commenced sweeping dust from the hatch cover landing surface on the starboard side of the aft cargo hold coaming. An AB was sweeping dust from the top of the aft hold’s hatch covers, while the other AB and the deck cadet were on the port side walkway cleaning the top of the forward hold coaming. The C/O remained on the gantry crane, moving various hatch covers. The deck cadet and two ABs were wearing face masks and eye protection, but the 2/O and C/O were not.

The crane stopped abruptly and the C/O immediately reversed the crane. As the crane moved forward, the 2/O was rolled between the crane’s ladder platform and the hatch covers and he then fell off the coaming onto the walkway below. As he fell, his head struck the guardrails on the side of the walkway. Reacting to the 2/O’s screams, the ABs and the deck cadet rushed to the scene. The 2/O soon lost consciousness and stopped breathing and the deck crew immediately commenced CPR.

At about 1005, two emergency medical teams arrived, but the 2/O was declared deceased at 1100. The post mortem examination concluded that the 2/O had experienced a violent accidental death, resulting from internal bleeding due to organ rupture. He had also suffered multiple fractures. The 2/O’s toxicology report stated that his blood alcohol content (BAC) was 117mg per 100ml. The incident occurred on the 2/O’s birthday.

The investigation noted that an emergency stop button was fitted to the crane platform, but the 2/O would have been unable to reach this while in the gap between the platform and covers. 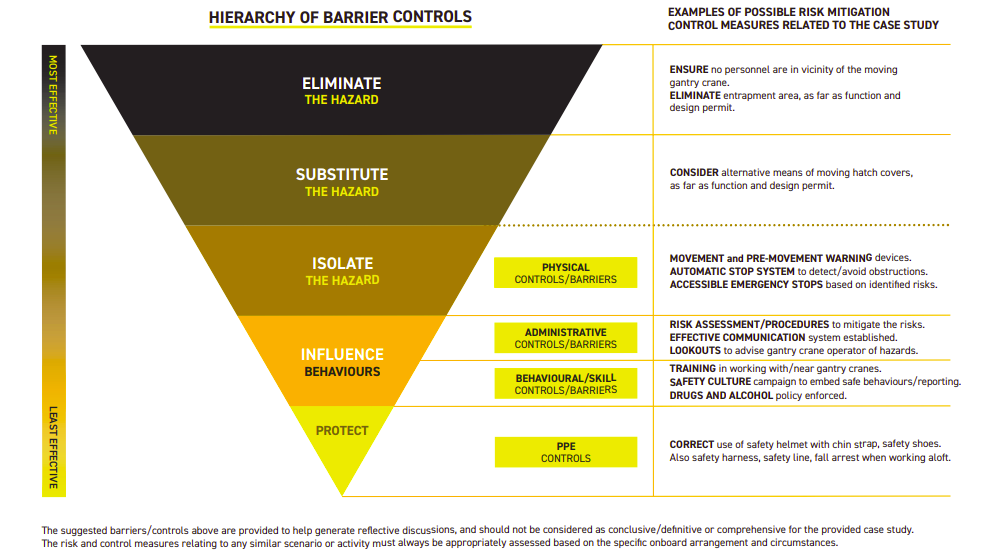 The following lessons learned are based on the official investigation report: