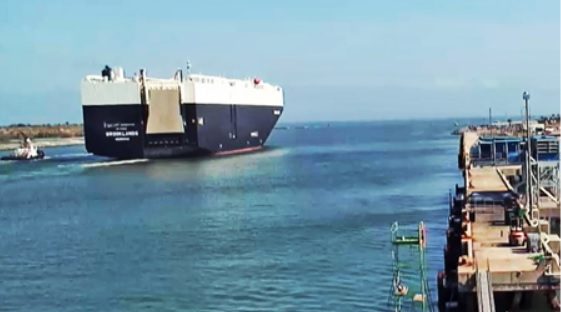 As car carrier shipping is expected to continue its slow recovery, backed by better utilisation and minimal vessel ordering, costs are increasing while the trade outlook seems vulnerable to emerging geopolitical risk. These are the findings of the Finished Vehicle Shipping Annual Review and Forecast 2019/20 report published by Drewry.

Seaborne trade in finished vehicles, including high & heavy and used autos, is still expanding from 2016’s low, as it achieved a 1% growth in 2018, reaching to 22.8 million units, continuing in the same pace into 2019. This situation emerged in spite of the first decline in global vehicle sales in a decade as US and Europe transactions reached their peak and a decline in China accelerated after years of double-digit growth.

Commenting on this, Tom Ossieur, Head of Car Carriers at Drewry, said that:

After 2018’s trend, owners and operators are reluctant in acquiring vessel capacity, with trade uncertainty and downward risks putting pressure on the market. In fact, only four car carriers were ordered during the first half of 2019, which are mostly small ships for regional trades.

What is more, as fleet utilisation keeps improving, time charter rates are expected to grow over the next five years. However, Drewry reported that profitability will lag on increasing operating costs and higher bunker prices along with the introduction of IMO mandated low sulphur fuel regulations in 2020. 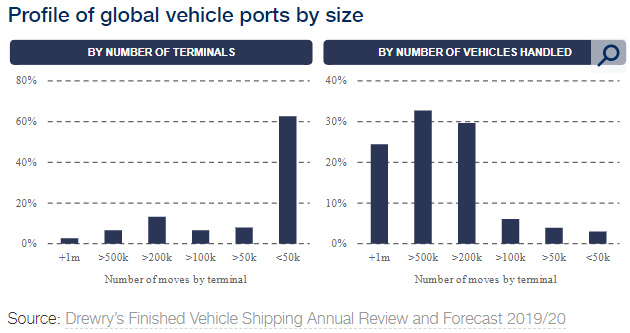 In the meantime, despite the reduction in trade growth, ports across North America and Europe reached peak utilisation in 2018, thus making many terminal operators invest in capacity expansion, rewarded by strong financial returns.

Additionally, about two-thirds of the 550 terminals handling vehicles around the world move no more than 50,000 units a year. The majority of these are small multi-purpose terminals that find it challenging to handle sizeable parcel sizes transported by large Post-Panamax ships, and need expertise to leverage capacity and service offer expansion opportunities.

Unlike car carrier shipping, the global vehicle port terminal sector is highly fragmented, with the need for investment likely to trigger more consolidation. Poor financial returns from carrier liner operations and an uncertain trade outlook will force a rise in distressed vessel sales and a diversion of investment to more profitable port assets