Above image is used for illustration purposes only / Credit: Port of Vancouver Authority

Last week, Canada introduced new rules for whale watching and approaching marine mammals, which will provide a minimum approach distance of 100 metres for most whales, dolphins and porpoises to legally protect these animals from human disturbances.

The distance requirement will be greater for certain marine mammals, including killer whales in B.C. and the St. Lawrence Estuary Beluga in Quebec, because of the threats they already face or because of local geography. These variations include: 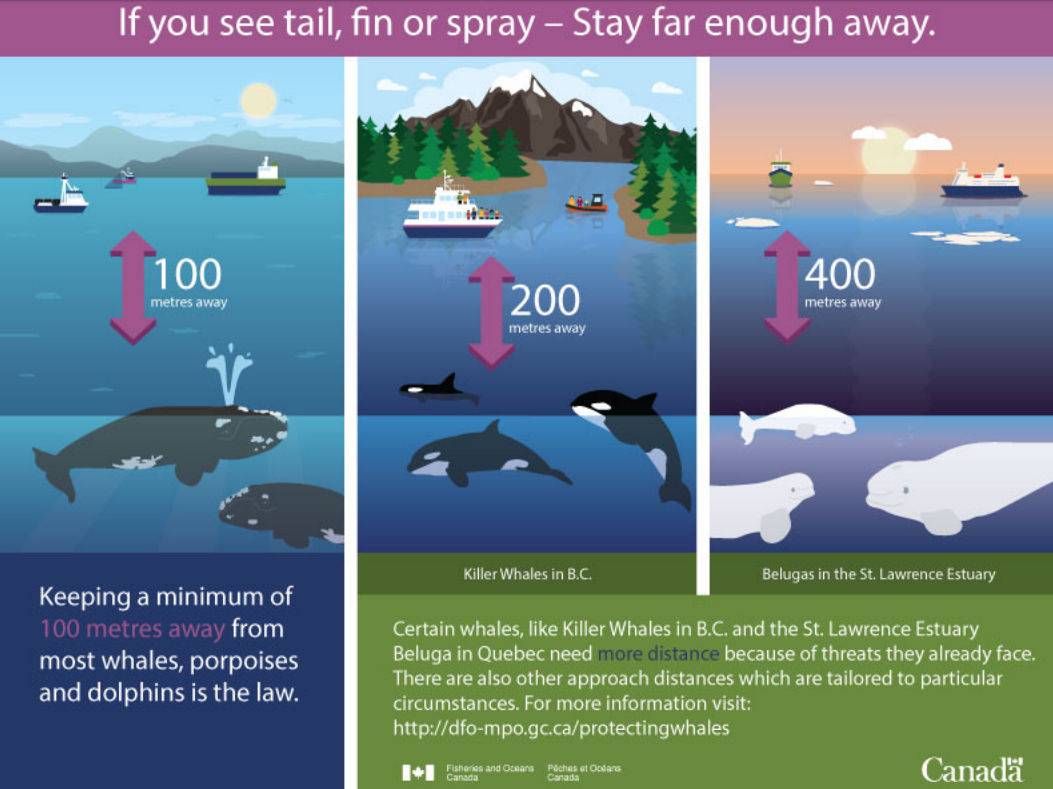 Before these changes, voluntary guidelines existed but they were not enforceable. These amendments make it possible for anyone in contravention of the Regulations to be charged with an offence under the Fisheries Act.

These stronger rules will help to ensure our whales and marine mammals can still be enjoyed, but at a safe distance. Finalizing these regulations is just another concrete measure that our government is taking to make sure that our marine life is protected for future generations,