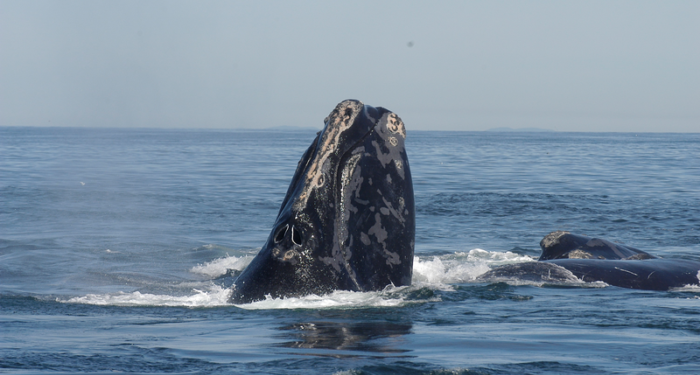 As part of its concrete efforts to protect the endangered North Atlantic right whale over the last years, the Government of Canada now announced enhanced 2020 measures that will help reduce the risks to these marine mammals during the 2020 season from April to November.

Estimates show that roughly 400 North Atlantic right whales are left in the world.

The enhanced measures complete previous work over the past several years, to help protect this species from interactions with fishing gear and vessels. Specifically:

-To help prevent whale collisions with vessels, Transport Canada will:

All measures apply to vessels longer than 13 metres.

The Minister of Fisheries, Oceans and the Canadian Coast Guard, Bernadette Jordan, also announced that a contract is now in place with a third party icebreaker to open local harbours for spring fishing activities in northern New Brunswick.

This will ensure the snow crab fishery in the region can start as early as possible, when safe to do so, before the whales’ arrival in the Southern Gulf of St. Lawrence.

These new measures build on that work, and are informed by the latest research and technology. We recognize that they are only possible because of the hard work and cooperation of our fish harvesters who have been changing their operations to support our shared goal of protecting this beautiful animal for generations to come.”

For the past several years, the Government of Canada has been working with Canadians and Indigenous peoples through the Oceans Protection Plan to protect our coasts and waterways, while growing the economy. The North Atlantic right whale can directly benefit from our enhanced protection measures, and we are appreciative of all industries’ active participation in their development and with their compliance.”

Under this fund, $1 million per year in ongoing funding, and an additional $4.5 million over four years, were committed to further enhance the Marine Mammal Response Program, which responds to marine mammals in distress, including disentanglement of North Atlantic right whales.

The $1.5 billion Oceans Protection Plan is the largest investment ever made to protect Canada’s coasts and waterways. The strategy is developed in close collaboration with Indigenous peoples, local stakeholders and coastal communities.