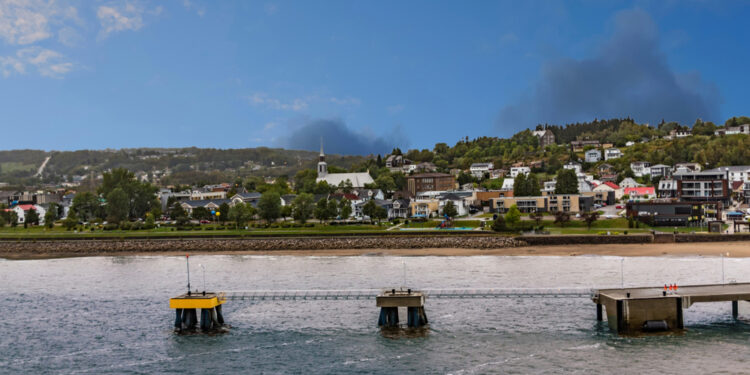 The Government of Canada announced major investments to improve handling capacity and marine vessel traffic flow, both at its east and west coast ports.

In an official statement on 12 August, the government announced $33 million for the Saguenay Port, on the country’s west coast, aiming to enhance the performance and functions of facilities at the port, help increase handling capacity and reduce bottlenecks in daily operations.

The major investment comes as part of the National Trade Corridors Fund and involves installing an electric mechanized transport system—also known as a conveyor—to transport bulk materials at the Saguenay Port site. The system will be used to move materials back and forth between the industrial port zone and ships docked at the Grande-Anse Marine Terminal. This system will support the loading and unloading of materials, and will be accessible for current and future port users who may build processing plants on the Saguenay Port property.

This major contribution from the Government of Canada will allow the Port of Saguenay to electrify its bulk cargo transshipment operations and become even more competitive. This strategic infrastructure for Quebec supports the port in its mission to promote trade and highlights the great importance of the Saguenay waterway for Canada,

…noted Stéphane Bédard, Chairman of the Board of Directors of the Port of Saguenay.

The National Trade Corridors Fund is a merit-based program that provides funding for the investment in critical assets that support economic activity and the movement of goods and people in Quebec and across Canada. In Quebec, the Fund has provided $252 million for 12 projects since 2017. With partner contributions, this has brought $564 million of total investments into ports, airports, and railway projects.

We are investing in our economy by making improvements to our trade and transportation corridors. Enhancing the efficiency of Saguenay Port will help move goods to market and people to their destinations, help build back our economy, create quality middle-class jobs, and ensure that our transportation networks remain competitive and efficient,

On the same day, the government also informed that the Vancouver Fraser Port Authority, on the country’s east coast, will work with partners to design, by March 31, 2022, a new collaborative system to manage marine vessel traffic and optimize the supply chain flow for this strategic gateway.

Once implemented, this system is expected to strengthen marine safety by reducing congestion and actively managing marine traffic in the busiest, most confined waters of the port; improve the efficiency and reliability of the flow of goods through this strategic gateway for all supply chain partners; reduce environmental impacts, including noise impacts in Southern Resident killer whale habitat, by limiting unnecessary vessel movements; and
reduce negative social impacts (like ambient noise and light pollution) by reducing overall anchorage usage in Southern British Columbia and implementing a Code of Conduct for vessels at anchorage.

This new system will also build on lessons learned from Canada’s $1.5-billion Oceans Protection Plan—the largest investment ever made to protect Canada’s coasts and waterways. This national plan is creating a world-leading marine safety system and work is being done in close collaboration with Indigenous Peoples, local stakeholders, and coastal communities.

We are proud to collaborate with port partners, stakeholders, Indigenous groups, and government on this new marine vessel traffic management system that will not only improve and optimize the efficient movement of goods through our port system, but also reduce the environmental and community impacts of trade activity in our gateway,