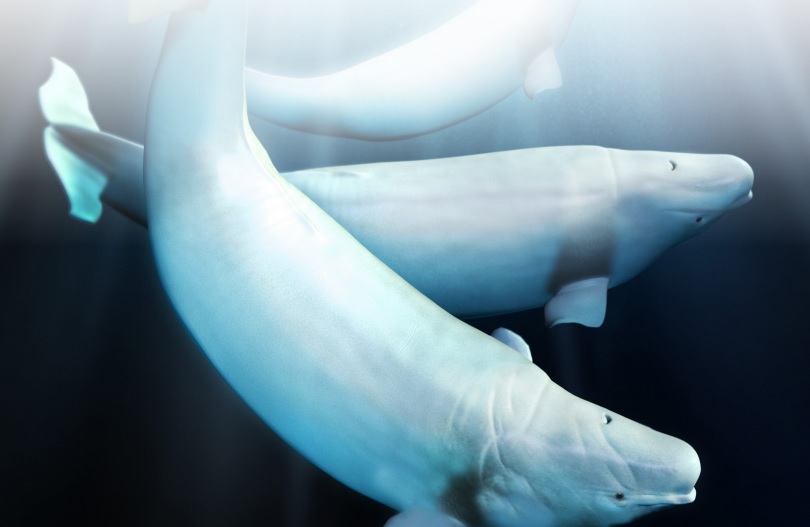 Environmentalists have called on the eight Arctic nations of the Arctic Council to enact a ten-year moratorium on any increase in Arctic shipping to protect endangered beluga whales from the threat of growing ship traffic in their habitat. The moratorium will enable nations to finalize and implement the “Polar Code,” an agreement currently being negotiated under the auspices of the International Maritime Organization (IMO), that aims to establish environmental, safety, and shipping controls, in order to constrain industrial accidents and ecosystem impacts in the Arctic.

A new report released  by the Environmental Investigation Agency (EIA),  Endangered Belugas and the Growing Threats of Climate Change, Arctic Shipping and Industrialization  comprehensively documents the plight of the beluga whale, a species that was hunted to near extinction throughout its range. Today it continues to face a barrage of threats, including poorly-regulated subsistence hunting, climate change, oil and gas drilling, ship traffic, pollution, and live capture for aquariums.

The EIA report reveals that belugas are the most widely exploited whale species in the world today. Of the 29 populations of beluga whales, 15 are already depleted, and ten populations continue to be overhunted, including five depleted populations. Only six subpopulations are considered to have stable or increasing populations.

“Cargo shipping, oil and gas operations, and rapidly melting sea ice all pose serious new threats to the survival of beluga whales, of which many populations are already endangered,” said Danielle Fest Grabiel, a Senior Policy Analyst at EIA. “Few, if any, concrete actions have been taken by Arctic nations to ensure that belugas will receive enhanced protection measures before additional industrial development proceeds.”

As the Arctic warms at nearly twice the rate of the rest of the globe and the opportunity for development increases, EIA also endorses a ban on new oil and gas drilling in the Arctic as championed by Greenpeace and other groups. Currently, oil and gas exploration and extraction activities pose an unacceptable risk to the health and safety of the Arctic ecosystem, including both human communities and wildlife, such as beluga whales.

“Development in the fragile and hostile Arctic environment presents unprecedented environmental and safety hazards, which the international community is not yet prepared to deal with. We are gambling with the future of a species that is already endangered and simply cannot sustain any more losses,” Grabiel said.

In the starting, I was outspoken with you propecia before and after has changed my subsistence. It has become much more fun, and now I have to run. Just as it is incredible to sit.