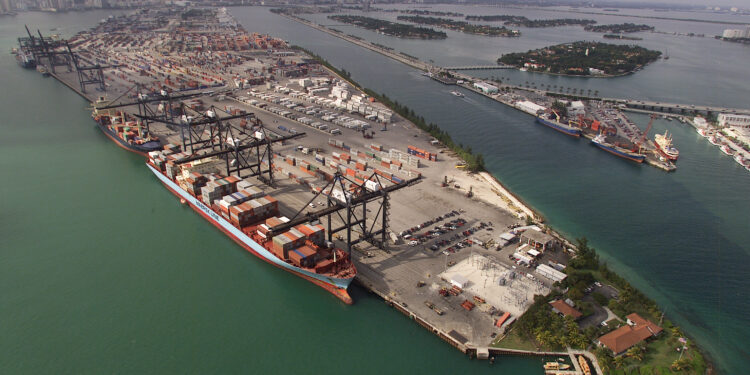 At the beginning of the month, California’s chief climate and air pollution regulator released a report on the status of the state’s world-first regulation to end in-port pollution from fossil fuel vessels.

The report by California Air Resources Board (CARB) shows the continued success of the state’s in-port pollution regulation in protecting California port and coastal communities from significant fossil fuel pollution by requiring certain vessels to plug into shorepower while docked at ports.

Despite the emissions reductions achieved from vessels at berth, fossil-fueled shipping continues to harm and poison Californian communities. Given the significant impacts of pollution on communities, staff are calling on their Board to support new measures that would address the toxic pollution from ships in the water, and at anchor.

Building on the 25% target for non-fossil propulsion from ships by 2045, the California Air Resource Board requested direction from their Board to prioritize new measures to end ship pollution in California ports and waters.

Just like cars and trucks, the technology exists to end ship pollution entirely. We urge Chair Liane Randolph and the Board to heed staff’s recommendation and go further by setting a zero-emission shipping standard for ocean-going vessels by 2040

Earlier, in 2020, CARB adopted Control Measure for Ocean-Going Vessels at Berth, an update to their 2007 regulation to further address environmental and public health concerns from at-berth air pollution. The expanded regulation includes additional vessel types and visits. Staff recommends full implementation of the rule, without delay. CARB estimates that the updated policy will save 237 lives and yield $2.31 billion in public health benefits for Californians between 2021 and 2032.

CARB must fully implement the at-birth rule without delay, as staff calls for in their report, to ensure that port communities can finally have breathable air