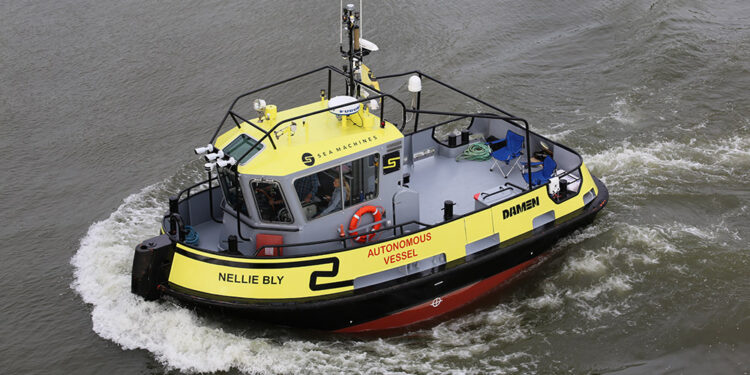 Bunker One has been approached by Sea Machine Robotics in supplying the cleaner, renewable HVO-fuel to the maiden voyage of the Nellie Bly, the world’s first fully autonomous vessel.

Being at the forefront of supplying marine fuels to the world’s shipping and logistics industry, Bunker One is pleased to supply the fuel to Nellie Bly, which can help cut CO2 emissions by up to 90 per cent.

“Being part of such a momentous undertaking, as the first fully autonomous ship’s voyage around Denmark is, is truly inspiring.

And being able to provide the green fuel needed for the project to not only make this frog leap forward in safer shipping technology and manoeuvring but also ensuring a much more CO2-efficient trip is something we’re very proud of at Bunker One, as we see ourselves as supporting the pioneering spirits with renewable fuel”.

To remind, Nellie Bly is an autonomous vessel equipped with SM300 that will be involved in the Machine Odyssey. The journey will begin and end in Hamburg, Germany, stopping in other port stops in Kiel, Troense, Copenhagen, Skagen and Heligoland amongst others.