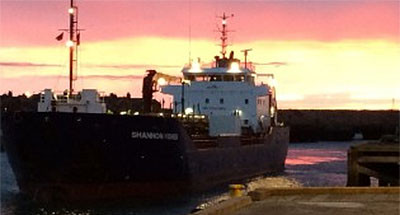 The international standard on the quality of marine fuels is under review following a recent announcement at the 35th International Bunker Conference in Copenhagen. The expected changes have been reported but not yet finalised. The standard, ISO 8217, specifies the requirements for petroleum fuels for use in marine applications.

The North P&I Club includes an overview of the recent developments regarding the standard in its latest issue of the club’s loss prevention newsletter Signals. The Club highlights that notable changes expected in 2016 concern the potential addition of fatty acid methyl ester (FAME) biodiesel blends in distillate fuels.  In particular, there will be a new set of distillate grades introduced: DFA, DFB and DFZ. These additional grades essentially correspond to the existing distillate grades of DMA, DMB and DMZ but they allow up to 7% FAME content.

FAME has traditionally been considered a contaminant in marine fuels and was previously only allowed in de minimis levels. ISO 8217:2012 defined this as a maximum of 0.1%, but the new edition raises these levels to 0.5% for the distillate grades DMA, DMB and DMZ. Excepted is DMX which must remain free from any FAME content. This increase of FAME content up to 0.5% has caused concern from some parts of the industry. Some parties have voiced concern that this constitutes an acceptance that FAME levels will now be tolerated rather than the original intention of making an allowance for the trace contamination of fuel

The limits for the standard parameters for residual grade fuels are not expected to change. Therefore the commonly used residual fuels, RMG 180 and RMG 380 should be unaffected. The sulphur limits for some distillate fuel grades will be reduced. DMB will change from 2.00% to 1.50% and DMA and DMZ will be reduced from 1.50% to 1.00%. The sulphur limit of DMX will remain unchanged at 1.00%.

The Club says it is very important to note that the sulphur limits stated in any edition of ISO 8217, whether old or new, does not necessarily correspond with the limits imposed by international, regional or domestic environmental legislation. For example, when ordering fuel to comply with the MARPOL Annex VI emission control areas, it is essential that the maximum sulphur content is explicitly specified in the contract in addition to the requirement to comply with ISO 8217.