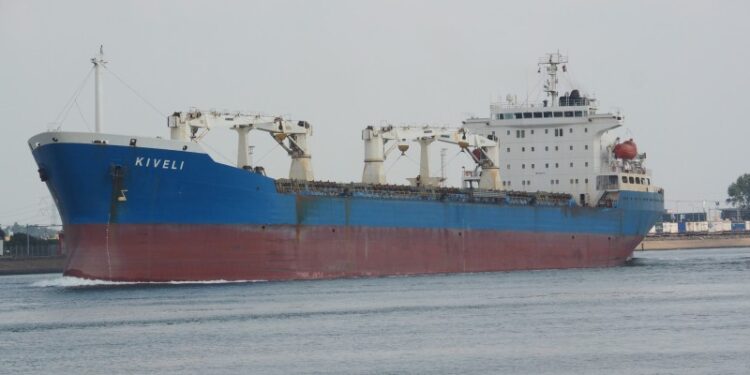 The Maltese-flagged bulk carrier Afina I has collided with Liberia-flagged bulker Kiveli off Kythira island, Greece, with both ships reporting water ingress.

As the Greek Coast Guard informs, after the incident it sent several patrol boats and anti-pollution vessels, reporting no marine pollution.

In addition, several precautionary measures have been undertaken to address any potential pollution from the collision,while a private company has been assigned by the shipowners to protect the marine environment.

No injuries reported were report as well to the crews of the two vessels. During the collission, Afina I was carrying 18 crew members, while Kiveli had 24 seafarers on board.

Currently, the ships are at anchor at Neapoli Anchorage, Greece, with support vessels at their side assessing the situation.

Finally, anti-pollution booms have also been placed around the vessels to prevent any pollution.