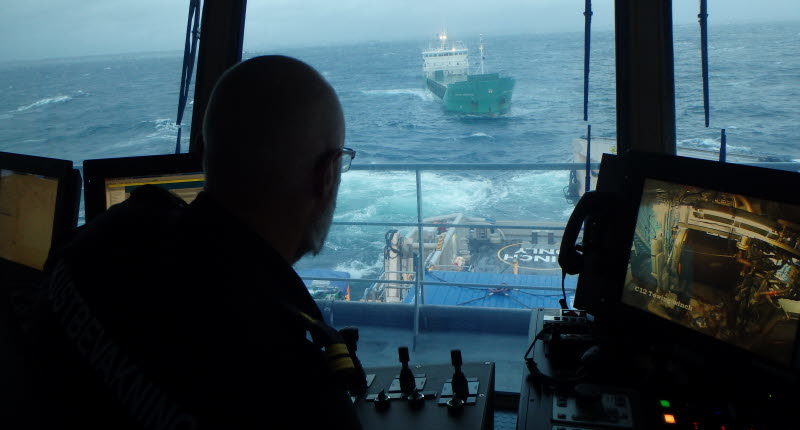 A 90-meter bulk carrier had been drifting in heavy weather, with hard winds and 4-meter-high waves, after it suffered a breakdown on the main engine, off Marstrand, according to data provided by the Swedish Coast Guard.

The Coast Guard was informed that the vessel operated via VTS (Naval Administration's Traffic Information Center) and contact was then taken directly with the ship's captain while the Coast Guard units KBV 001 and KBV 316 headed to the site.

A coordinated effort by the Coast Guard, with the Transport Agency's Maritime Inspectorate, the JRCC (Maritime Rescue Center), county administrative boards and rescue services, managed to drag the ship safely to anchor, without safety and environmental risk.

The bulk carrier was loaded with fertilizer, while there was about 86 tonnes of bunker oil and 27 tons of diesel onboard as ship fuel.

The oil onboard and the fertilizer in the cargo could have caused major damage to the marine environment,

The vessel is now approaching Danafjorden where it will be anchored and the shipping company takes over responsibility.