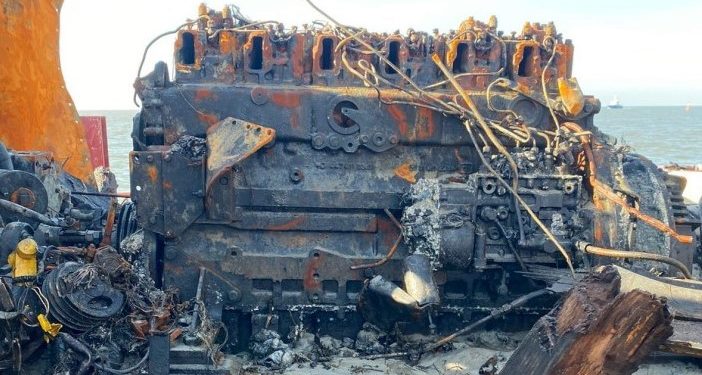 The German Bureau of Maritime Casualty Investigation (BSU), published its annual report, noting that the total number of notifications is significantly higher than in 2020.

The number of reports outside the statutory responsibility of the BSU is almost identical in terms of actual figures (249 in 2020 to 247 today), but has fallen in percentage terms from 42% to 38%.

In particular, marine casualties according to the IMO Code have increased from 109 to 132, representing an increase of more than 20%. The number of incidents has also increased by almost 15% from 244 to 280.

It remains encouraging that the number of fatalities and injuries in merchant shipping remains at a very low level compared to previous years. This may well be due to increased safety awareness on board ships and in shipping companies

The distribution of marine casualties according to the IMO Code within German sea areas is similar to the previous year. The port of Hamburg and the River Elbe, as well as the Kiel Canal and its locks continue to be the most dangerous places for commercial shipping due to the traffic and the confined fairways.

The Baltic Sea leads in terms of figures because of the large number of commercially used (chartered) recreational boats that are involved in an accident, i.e. that usually run aground and have to be towed free. Although minor, these are marine casualties within the meaning of the regulations because they are used commercially.

Distribution by kind of accident and type of ship

General cargo ships once more ‘lead the pack’ when it comes to distribution by type of ship. They are followed by the other vessels, the commercially used recreational craft and the container ships. ‘Others’ include seagoing ships covered by the SUG that have yet to be mentioned, such as tugs, pilot boats, offshore supply vessels or others.

Causes of a marine casualty

By way of example, a breakdown of the main engine causes a ship to run aground, a tug tows the ship back into the fairway and after repairs her voyage continues.

Causes attributable to human error have been supplemented by a number of items to produce a better analysis. For example, the typical simple navigational error (putting the rudder to an incorrect angle) is new in order to enable a differentiation from the incorrect assessment of the situation (such as underestimating wind or current, etc.).

The operating error is also new. As the name suggests, this involves the occurrence of corresponding consequences (e.g. breakdown of the main engine) after equipment is not operated in the manner intended.

Standing at 32 cases, ‘Error in judgement’ is still dominant. However, ‘Simple navigational error’, which was not explicitly reported in 2020, also takes up a large share (18 cases) and even led to a SMC in four cases.

Remarkable at first glance is the comparatively high figure for navigational errors, i.e. incorrect route planning or selection, which led to serious marine casualties in half the cases (seven out of 14).