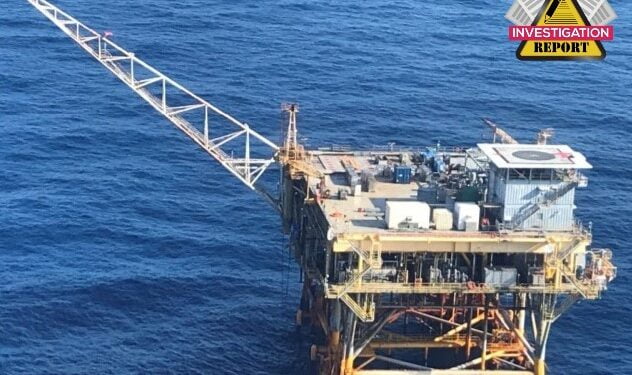 The Bureau of Safety and Environmental Enforcement (BSEE) released the investigation report on the incident that occurred on Ewing Bank, Block 826, Platform “A”, operated by Fieldwood, which caused a fatality on May 16, 2020, approximately 60 miles south of the Louisiana coast, in the Gulf of Mexico.

To address the findings, the casing deck was placed out of service until all of the grating could be replaced. Hard barricades placed at both stairways were used to access the deck.

On the day of the incident, personnel on the platform gathered for the morning safety meeting at approximately 6:00 a.m. to discuss the day’s jobs. The construction crew planned to complete the previous day’s job of repairing grating on the casing deck, which had been delayed due to weather issues.

The Job Safety Analysis (JSA) that the construction crew discussed during this meeting copied the job steps used from the previous day’s grating repair JSA.

At approximately 6:30 a.m., the safety meeting concluded, and the construction crew proceeded to the casing deck to begin the process of changing the grating. The construction crew for this task consisted of a fitter, a welder, two riggers (one of whom was the victim), and a scaffolding builder who acted as a fire watch.

When the fitter, the welder, and two riggers entered the barricaded casing deck, they began staging the tools needed to prepare the old grating for removal: a torch, chipping gun, hammers, metal saw, etc.

Crew members said during interviews that they had previously staged their fall protection equipment, but did not put it on, even though they discussed utilizing fall arrest systems during the morning safety meeting.

The fitter directed the welder to begin “ripping” the old grating, while he set up hoses for the torch. The Person-in-Charge (PIC) and construction manager then summoned the rigger and victim to the fuel gas scrubber on the production deck to tighten a hammer union. During their absence, the welder continued ripping the area where the victim was previously working.

At approximately 7:30 a.m., after the rigger and victim returned to the casing deck, again without donning their fall protection, the section of grating on which the victim stood parted.

By the time the fire watch made the announcement, the victim had fallen approximately 50 feet to the +10 deck.

Following the announcement, personnel initiated the fall response plan. A medic from another platform arrived at EW 826 A, where he found the victim without a pulse, unresponsive, and with no detectable signs consistent with life. An Era Search and Rescue flight then transported the victim to Houma, Louisiana.

BSEE identified the following as probable causes of the incident: