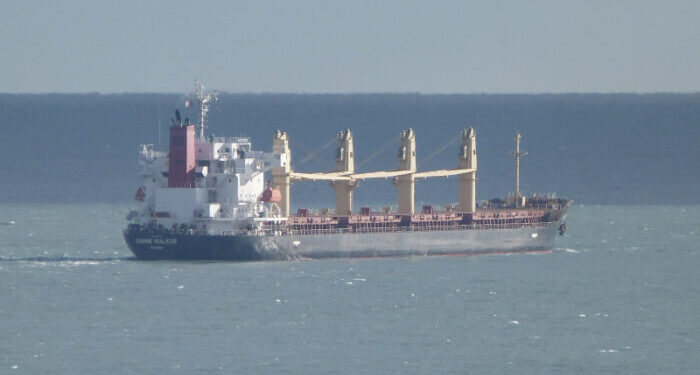 The Japanese bulk carrier Chise Bulker, was seized by seven migrants while it was off Portland, UK. The seven people believed to be Albanians were arrested, while the vessel was brought in to port in Dorset.

Accordingly, BBC reports that seven people, believed to be of Albanian ethnicity, were arrested after a cargo ship was brought in to port in Dorset.

The vessel had departed from Rouen France on February 8, and it is believed that its destination was Portland, though it’s not confirmed.

The ambulance service was informed that a person was in need of medical attention on board the Chise Bulker in the early hours of Tuesday. Yet, it is stated that police subsequently discovered there were seven unidentified people on the ship and none needed medical help.

Following, the Panamanian-registered bulk carrier was brought in to Portland and the people were escorted from the vessel. Dorset Police said the ship’s crew were being questioned but there were no reports of any injuries to either the crew or the detainees.

Concluding, a force spokesman said police had been contacted by the ambulance service at 05:40 GMT when the ship was off the south coast. He informed that “Officers liaised with the Border Force, the vessel’s crew and other partner agencies and arrangements were made for the vessel to safely dock at Portland Port.”