Brazil continues to drive global deployment of floating production storage and offloading vessels (FPSOs), with a total of 21 planned and announced FPSOs during the outlook period 2019 to 2025, according to data and analytics firm GlobalData.

The crude oil production capacity of these upcoming FPSOs is expected to be 2.5 million barrels per day (mmbd) during the 2019-2025 period.

In Brazil, FPSOs are being deployed to develop hydrocarbons in the Santos and Campos basins. The state-owned company, Petrobras, is primarily deploying these FPSOs, 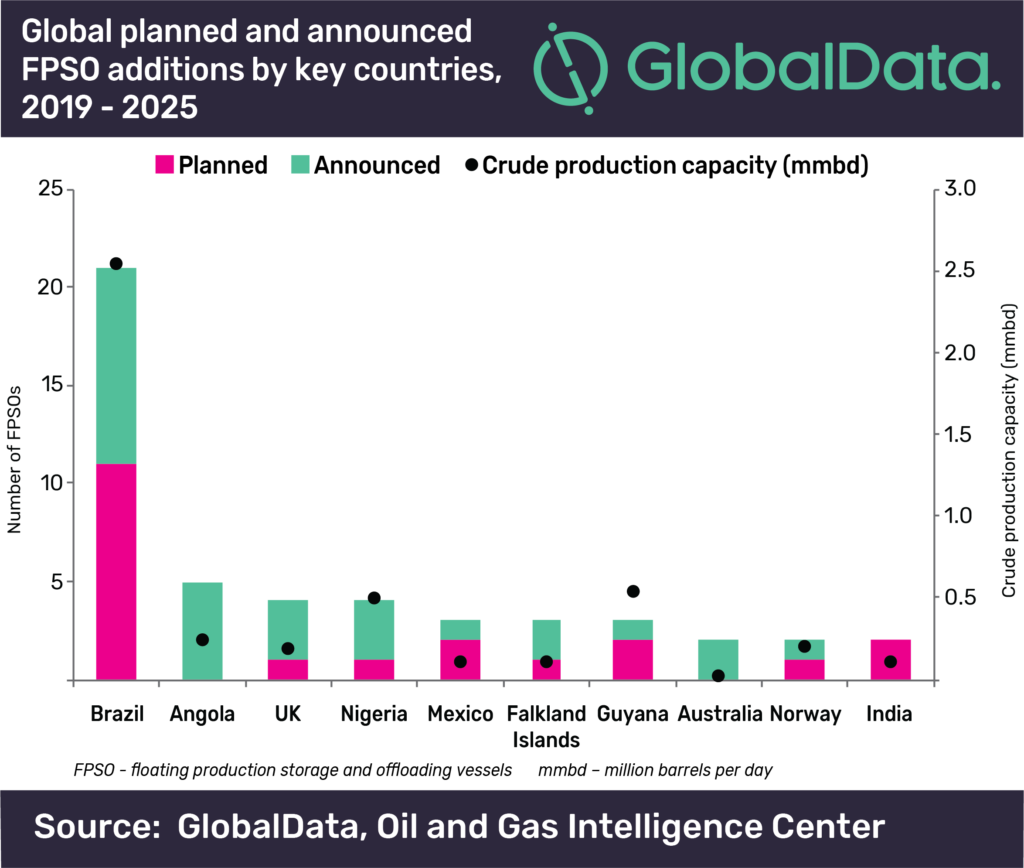 Angola is expected to deploy the second highest number of FPSOs globally with five planned by 2025. All the upcoming FPSOs in the country are announced projects.

Sonangol P&P and Cabinda Gulf Oil Company are leading in terms of number of deployments in the country with two FPSOs each, while BP Angola will operate the remaining FPSO.

The UK and Nigeria jointly occupy the third position with the deployment of four FPSOs each by 2025. Both countries have one planned and three announced FPSOs, which are expected to be deployed during the outlook period,