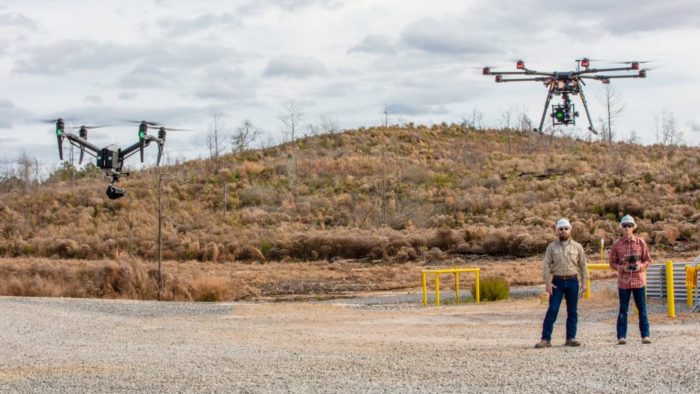 Drones are used to inspect a BPX Energy site in East Texas, US/ Credit: BP

BP to monitor methane emissions in oil and gas projects

Oil major BP announced that it will deploy continuous measurement of methane emissions in its future BP-operated oil and gas processing projects as part of its ambitious programme to detect, measure and reduce methane emissions.

According to the company's statement, the technology has already been tested and installed in existing facilities, as BP’s giant natural gas Khazzan field in Oman.

The data gathered from the new technology will be used to help BP tackle methane emissions and develop the best practices, following its aim on delivering and improving BP’s methane intensity target of 0.2% from its upstream operations.

Moreover, the technology represents a major leap in the oil and gas industry as it will enable the detection, quantification and reduction of methane emissions.

For gas to play its fullest role in the energy transition, we have to keep it in the pipe. This new technology will help us do that by detecting methane emissions in real time. The faster and more accurately we can identify and measure leaks, the better we can respond and, informed by the data collected, work to prevent them.

In addition to this technology, the oil major will also launch a new generation of drones, hand-held devices and multi-spectral flare combustion cameras, drawing upon scientific breakthroughs made in diverse fields, spanning healthcare, space exploration and defence.