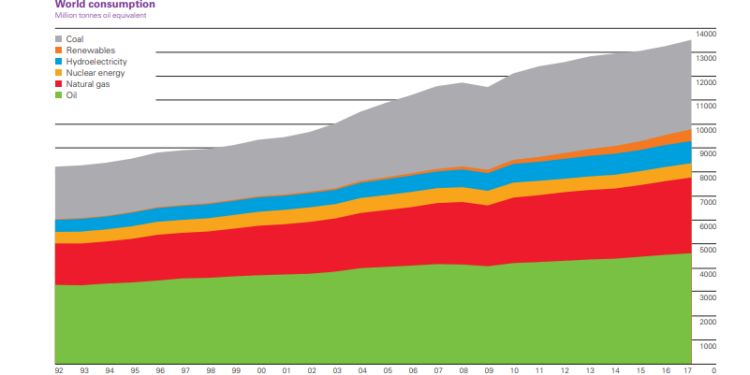 World primary energy consumption grew by 2.2% in 2017, up from 1.2% in 2016 and the highest since 2013. Growth was below average in Asia Pacific, the Middle East and S. & Cent. America but above average in other regions. All fuels except coal and hydroelectricity grew at above-average rates. Natural gas provided the largest increment to energy consumption at 83 million tonnes of oil equivalent (mtoe), followed by renewable power (69 mtoe) and oil (65 mtoe) / Credit: BP

Global primary energy consumption grew strongly in 2017, led by natural gas and renewables, with coal’s share of the energy mix continuing to decline. The vast majority of the increase in global energy consumption came from the developing world, accounting for nearly 80% of the expansion, according to a new statistical review of world energy for 2017 by BP.

China alone contributed over a third of that growth, with energy consumption growing by over 3% in 2017, almost three times the rate seen

over the past couple of years, according to Spenser Dale, BP Group Chief Economist. Despite this increase, the growth of China’s energy demand in 2017 was still significantly slower than its 10-year average, and its rate of decline in energy intensity was more than twice the global average. Two steps forward, one step back.

The step back was coal (1.0%, 25 Mtoe), which grew for the first time since 2013. This was largely driven by India, but it’s also notable that Chinese coal consumption increased after three years of successive falls. 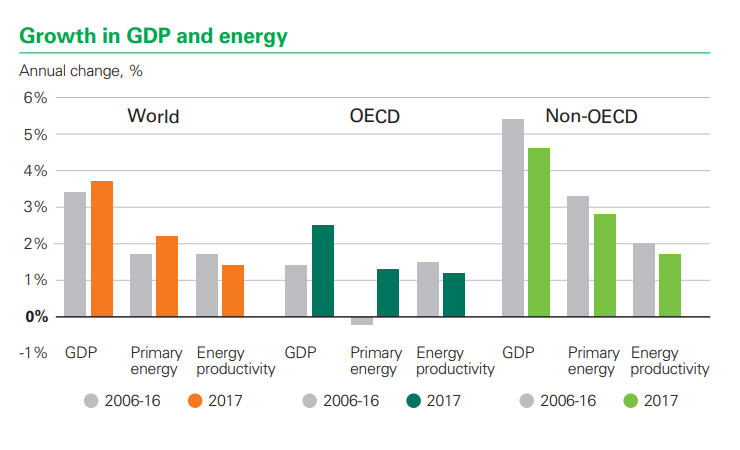