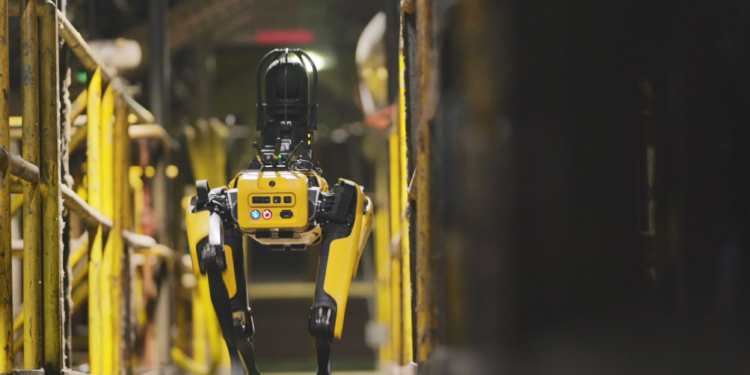 Oil major BP has deployed Boston Dynamics’ robot ‘Spot’ on one of its oil rigs in the Gulf of Mexico, in order to enhance safety of operations by reducing the number of people onboard.

Operating in the Mad Dog rig about 190 miles offshore in the Gulf of Mexico, the company is programming Spot to read gauges, look for corrosion, map out the facility and even sniff out methane, Reuters reports.

The robot will also free up personnel to do other work, while the operator could review the information from a central location. In addition, Spot has an integrated gas sensor that is programmed to shut the robot down if it detects a methane leak.

Several hours a day, several operators will walk the facility; read gauges; listen for noise that doesn’t sound right; look out at the horizon for anomalies, boats that may not be caught on radar; look for sheens. What we’re doing with Spot is really trying to replicate that observation piece,

Finally, BP aspires that Spot will help the company reduce its carbon footprint.

Using a robot like Spot could help us reduce our carbon footprint by utilizing sensor packages such as methane emission-sensing cameras and audio sensors which could allow Spot to identify and quantify leaks. Allowing Spot to be the eyes and ears of our technical specialists would mean fewer trips offshore and a reduction of emissions from transportation,

The news follows the recent realization of the world’s first blade walk by a robot on an offshore wind turbine, which took place in UK in mid-October, when the six-legged inspect-and-repair robot BladeBUG repeatedly scaled blades at ORE Catapult’s 7MW Levenmouth Demonstration turbine off the coast of Fife.