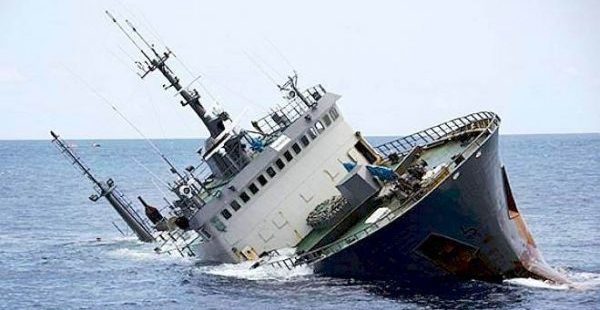 Bourbon Offshore, the French offshore vessel owner, has announced that the search operation for the seven crew members of its Bourbon Rhode vessel that sank in the Atlantic Ocean last week is winding down. A petition to continue the search was launched in Croatia, the home-country of the captain of the vessel.

*see updates at the end*

The CROSS French West Indies-Guyana (Regional Operational Centre for Surveillance and Rescue) and the French Navy have been carrying out search operations since Thursday, September 26. Three survivors have been found and four others have been confirmed as dead. The other seven Bourbon Rhode members are still missing, including the vessel’s captain Dino Miškić.

On Saturday, October 5, Bourbon stated that “several vessels have continued to survey the search area today, with no results for the past 4 days. The CROSS has decided to make the search operation evolve. It will regularly disseminate messages to vessels in the shipwreck zone and ask them to carry out adapted watch.”.

BOURBON and all its employees are in mourning today and I would like to reiterate our sincere condolences and our full support to the families and loved ones of the victims. We are working in close cooperation with the various stakeholders to understand the facts and circumstances of this tragedy. Finally, we thank the entire maritime community for its many signs of solidarity, so precious in these difficult times. I would like to reiterate our heartfelt thanks to the CROSS teams, the crews of the French Navy and the commercial vessels involved in search operation.

The vessel was sailing to Guyana, 1,200 nautical miles off Martinique Island and 60 nautical miles south-south east of the hurricane in the Atlantic when it suffered problems. Up to now, the company has informed of four seafarers that have been found dead.

8/10 update: According to Bourbon Offshore,  reports from two seafarers onboard the Alp Striker during the night of Sunday to Monday, signals that they interpreted as potentially emanating from a distress flare, the vessel immediately set a course for the area, in coordination with the CROSS Antilles-Guyane. The CROSS called on 3 additional commercial vessels to change course and head to the area reported as being the origin of the signal. It also received air support from U.S. authorities by way of the aircraft Hercules C-130.

The search operations led by the Alp Striker, involving namely drones, as well as the operations carried out by the three other vessels, and the flyover by the U.S. aircraft Hercules C-130, have delivered no result at this stage.