BIMCO submits proposals to IMO for easier exchange of data 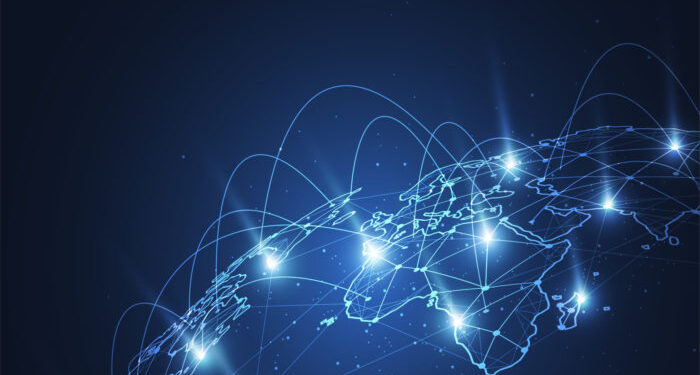 BIMCO has made two proposals to the IMO, in order to pave the way for easy exchange of port logistic operational data and allow for real-time updates between ship and shore. The two proposals aim to limit the administrative burden for the shipping industry, as well as to ensure better communication between ships, ports, terminals and all other parties involved through the  harmonization of the data model used.

In the first proposal, BIMCO suggests to include a number of data elements to the current IMO Reference Data Model, aiming to ease workload regarding health declaration.

Some of the proposed data elements already exists in the IMO Reference Model. However, there is a slightly difference in the definitions between what is set out in the FAL.5-Circ.41 containing the IMO data elements, and those data elements contained in the International Health Regulations.

Lat April, IMO updated the Facilitation Convention to prevent unnecessary delays in maritime traffic, and secure the highest practicable degree of uniformity in formalities before a port call. However, the update only represented a part of the information that is normally exchanged between the ship and shore in order to get clearance.

Based on an initiative by BIMCO, IMO agreed to establish an Expert Group on Data Harmonization to review data elements – within and beyond the IMO Facilitation (FAL) Convention – in order to develop a harmonized data model. 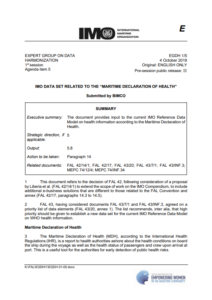 For the second proposal, BIMCO recommends to include a number of data elements to the current IMO Reference Data Model in order to ease the implementation of the JIT concept and to enable digital exchange of data between the port and ship.

The proposed data are based on an industry initiative set out in the Port Information Manual (version 1.3.1) as developed in collaboration between IHMA, IAPH, UK Hydrographic Office, International Taskforce – Port Call Optimization, and Sea Traffic Management (STM).

The Just-in-Time concept refers to maintaining the most efficient ship operating voyage speed to arrive at the pilot boarding place when availability is ensured of the berth, fairway and nautical services.

“Just-in-Time may be a tool to deliver enhanced port efficiency through “Smart steaming” instead of “slow steaming”, as each hour spent outside a port waiting to berth is a waste of efficiency and results in additional emissions.”

The two proposals will be introduced at the Expert Group on Data Modelling (EGDM) at the IMO in London on 4-8 November. 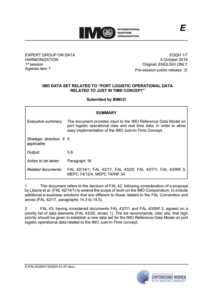