Barge boarded and robbed in the Singapore Strait

In its weekly report for 21-27 July, ReCAAP ISC informed of one incident of armed robbery against ship in Asia. The CAT 4 incident occurred onboard a flat top deck cargo barge towed by a tug boat while underway in the precautionary area in the Singapore Strait.

While the tug boat towing the flat top deck cargo barge was en route to Singapore, two unknown crafts with three perpetrators on each craft were sighted approaching the barge. Two perpetrators boarded the barge.

They left the barge after 20 minutes, and the two crafts left the location of the incident and were seen heading in a southwestern direction. 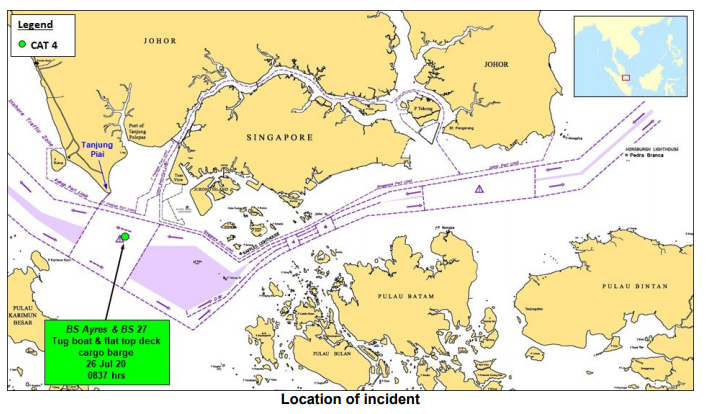 The tug boat and barge resumed its voyage to Singapore. Some batteries were reported stolen from the barge. The crew was safe and no assistance was required.

A safety navigational broadcast was initiated after the incident. The Republic of Singapore Navy's (RSN) Maritime Security Task Force (MSTF), Singapore Police Coast Guard, and the Malaysian and Indonesian authorities were notified.