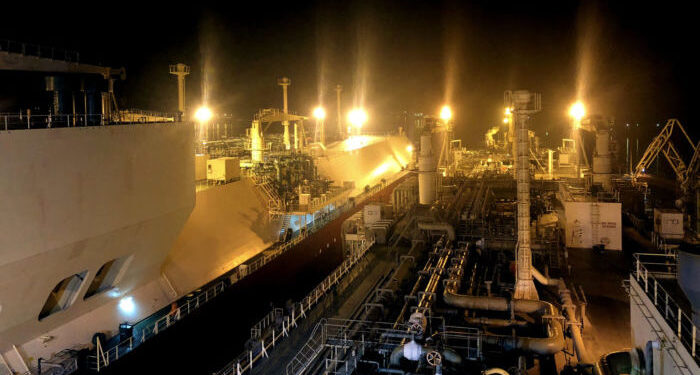 Nakilat-Keppel Offshore & Marine’s first floating storage regasification unit (FSRU) has undergone maintenance work before its journey to the Bay of Bengal. When it arrives there, it will serve as Bangladesh’s second FRSU. The maintenance work took place at the Erhama Bin Jaber Al Jalahma Shipyard.

During its drydocking, the FSRU went through various modifications and retrofitting of new systems, including the installation of a ballast water treatment system (BWTS). Until now, N-KOM has completed six such BWTS installations for various types of vessels such as LNG and LPG vessels as well as very large crude carriers (VLCCs).

As the works are now completed, the FSRU is ready to sail to offshore Maheshkhali Island, in the Bay of Bengal, in order to join Bangladesh’s first FRSU, Excelerate’s FSRU Excellence. Both FSRU’s feature a 138,000 cubic metre LNG capacity.

Before this project, during August 2018, Excelerate Energy Bangladesh Limited finalized the commissioning of its Moheshkhali Floating LNG (MLNG) terminal, which is Bangladesh’s first LNG import facility. It can contain up to 500m standard cubic feet of gas per day, while it also delivers natural gas to the Chittagong region of Bangladesh.

The MLNG terminal is a result of the collaboration between Excelerate Energy, Petrobangla, and International Finance Corporation (IFC), and it enables Petrobangla to be supplied with LNG from international natural gas markets. The terminal is expected to increase natural gas supply to the country by as much as 20%.