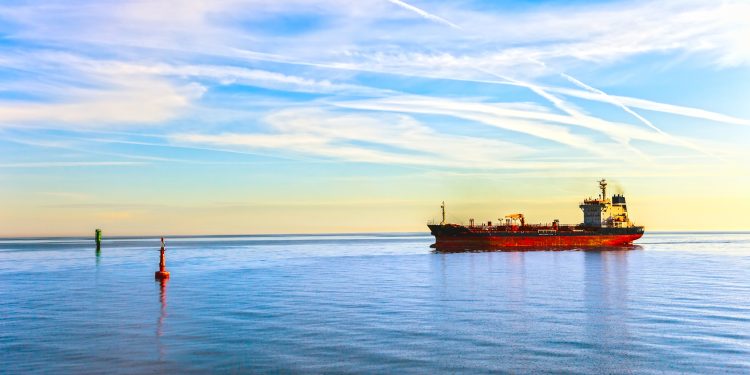 The Baltic Exchange has issued its reports for 24-30 September, to provide information about the tanker and bulk market performance.

The Capesize market failed to push through to higher values this week as lower activity in the Pacific hampered efforts. The Capesize 5TC closed the week at $16,214. The Atlantic basin has been looking well supported with fixture values continuing to climb. However, a question mark remains as to whether the overall activity is enough to pull the wider market along. The North Atlantic has been on diverging paths this week with the Pacific as the transatlantic C8 now prices at $20,167 to the transpacific’s C10 at $9,159. Only at the end of last week were the two basins trading at parity. The Pacific market major charterers loading out of West Australia were seen having to pay up last week. But this week rates were all falling in their favour as the C5 dropped -2.205 week on week to settle at $8.035. Severe weather concerns that could affect vessel sailing schedules were largely isolated to the Philippines and Florida regions with Typhoon Noru and Hurricane Ian. With a large number of Hurricanes and Typhoons in recent weeks, odds are that the weather disruption is likely to continue.

It proved to be a real Atlantic/Asia divide this week for the Panamax market. The Atlantic market advanced all week, primarily driven by solid grain demand both for transatlantic and fronthaul trips. Later in the week saw some decent levels of minerals too, although there remained quite a gap on rates between the different cargo trips.  Even the smaller LME types were able to achieve $18,000 a few times for grain TA rounds, with mineral round voyages discounted a little off this. It was a lethargic Pacific market this week, except for a minor push midweek from NoPac and Australia destination Japan, with rates returning softer overall. An 82,000-dwt conceding mid $15,000’s midweek for a NoPac trip, but this perhaps is a one off with levels of $17,000 more akin to market. Indonesia coal demand diminished week on week with smaller/older types discounting rates in order to cover prior to Asian holidays.

A rather tempered week overall for the sector. With the upcoming holiday in China demand waned as the week ended with less fresh enquiry in Asia. From the Atlantic, by contrast, general sentiment remained positive. However, some felt it was being increasingly positional as the US Gulf lacked fresh enquiry and rates were put under pressure. Limited period activity surfaced, but a new building 63,000-dwt open China was heard to have fixed in the low $18,000s for one year. In the Atlantic, a 63,000-dwt was fixed for a trip from East Coast South America for a transatlantic run at $31,000. There was better enquiry from the Continent – Mediterranean. A 60,000-dwt open Otranto fixed a trip to the US Gulf-US East Coast at $25,500. From Asia, a 58,000-dwt was heard fixed from Japan to the Atlantic in the upper teens. From the South, as limited fresh enquiry surfaced, 56,000-dwt open Xiamen was heard fixed via Indonesia redelivery China at $14,450.

A split week whilst the Atlantic saw gains with upward pressure on rates from key areas such as South America. The Asian arena was decreasing sentiment as the upcoming holiday saw lower enquiry coming into the market. Period activity remained limited, but a 37,000-dwt open Liverpool was heard fixed for 11 to 14 months trading at 105 percent of the BHSI. Strong demand from East Coast South America saw a larger handysize in the upper $20,000s for transatlantic runs. Elsewhere, a 37,000-dwt open Baltic end September was fixed for a trip to the Far East at $17,000. Limited action from Asia, but a 36,000-dwt was in the mid teens for a trip delivery Tuticorin via Indonesia to China. A 31,000-dwt open West Australia was heard fixed for a salt run in the low $20,000s. All eyes on the upcoming week to see how the holidays will affect the market.

On the Handymax, in the Mediterranean TC6 has continued up this week to around the WS325 mark where it looks to have plateaued. In the Baltic TC9 has also climbed this week (+26.43) to WS351.43 reacting to the increased Handymax demand in North West Europe.

In the Middle East the rate for 140,000mt Basrah/West Mediterranean has held at the WS66-66.5 mark, with Repsol now being reported to have taken a Frontline suezmax at WS66.5 Basrah/Spain loading mid-October.

The Mediterranean market made further gains this week with the rate for 80,000mt Ceyhan/West Mediterranean 14 points firmer at WS201 (a round-trip TCE of $53,600 per day). In Northern Europe, a flurry of activity enabled owners to push the rate up and