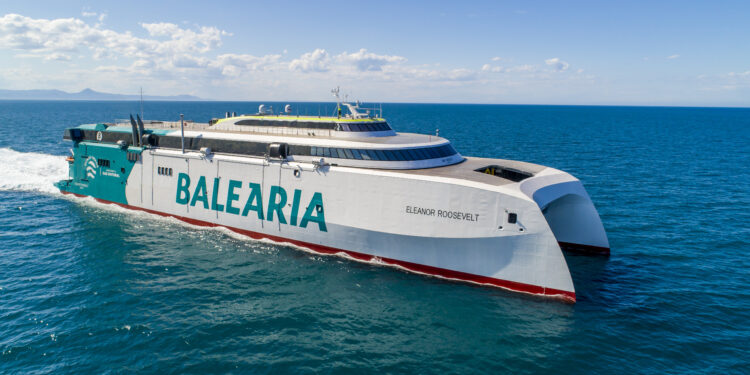 The 133-mile journey between the ports of Barcelona and Ciutadella (Menorca) took place as part of Baleària’s cooperation with renewable energy company Axpo Iberia.

The companies said the use of renewable biomethane fuel on this route has prevented the emission of more than 50 tonnes of CO2 into the atmosphere, marking a further step towards the decarbonization of the Spanish energy system and maritime transport sector.

Launched recently, the Eleanor Roosevelt is the world’s first fast ferry with natural gas engines operating on the Denia-Ibiza-Palma route. Baleària has invested 380 million euros in a fleet of nine ferries powered by LNG, to reduce emissions.

This is the first initiative that we are conducting with the help of an important partner, and it marks a new milestone on the path we have set for ourselves towards decarbonization by 2050, by being able to use biomethane as a renewable fuel. Although it is currently a scarce fuel, we hope that it will soon be more accessible, both in terms of volume and competitiveness,